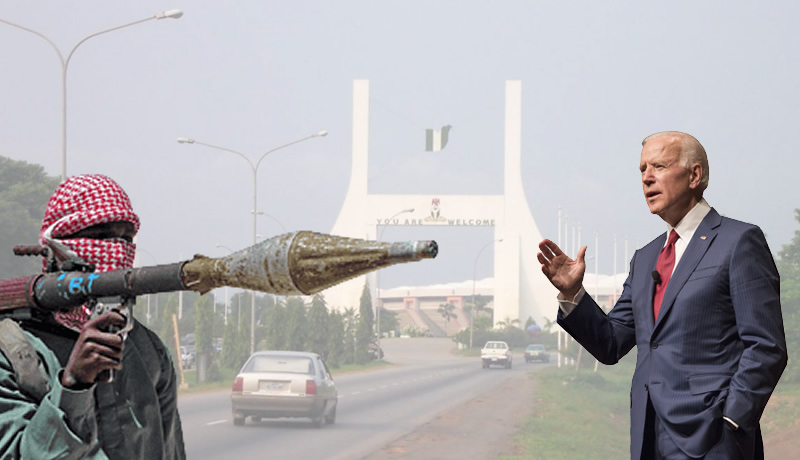 The real reason why the United States issued a security alert of terror attacks in the Federal Capital Territory (FCT), Abuja, has emerged.

It had reported that the United States Embassy in Nigeria had issued a warning about an increased risk of terrorist attacks in the country’s capital, Abuja.

Similarly, other European countries such as the United Kingdom, Australia, Germany, Bulgaria, Ireland and Denmark amongst others, are reducing services and will be attending only to critical needs.

According to Daily Trust, diplomatic sources said that other countries aligned with the position of the US after a series of meetings, intelligence sharing and “incontrovertible proof of imminent danger.”

One of the sources said, “Late last week, a suspect was nabbed near the US Embassy at the Central Area allegedly spying on the surroundings. Also, explosive devices were found near the entrance of a compound housing US staff on Saturday, October 22.”

The source added that after gathering intelligence on the plan to attack US citizens and other expatriates, the US government decided to send Special Forces to Abuja to analyse the threat.

Beyond that, the US State Department, in the travel advisory issued on Tuesday authorised the departure of non-emergency U.S. government employees.

But a source in one of the security agencies in Nigeria said the panic was not worth it.

“What is the panic for…? (This is) not the first time a security alert is issued in Nigeria. What is this Nigerians crave for foreign products? Because the alert came from the USA? Our love for foreign things is insatiable…

“Remember, on 19th March 2022; 26th April 2022 and 14th December 2021, the DSS warned about impending bomb and violent attacks and plans by elements to attack public places. Nigerians dismissed those and were never alarmed.

“Few months after, Kano, Jigawa, Imo and other places were attacked. Kuje was attacked. Haba! It could have been worst but for the intervention of our law enforcement authorities. Abeg! people should calm down. It is time for everyone to support security agencies with information about criminals. Be vigilant.”

Meanwhile, another top security source believed the US government was overreacting saying the threat level could be contained without the scare-mongering by the embassy.

The aforementioned publication reported that a senior intelligence source described the US government’s action as “disgusting and a slap on Nigerian authorities”.

But another source attributed the action to the American government’s disgust by recent Nigeria’s government close working relationship with the China and Russian governments, especially in the area of defence procurement.