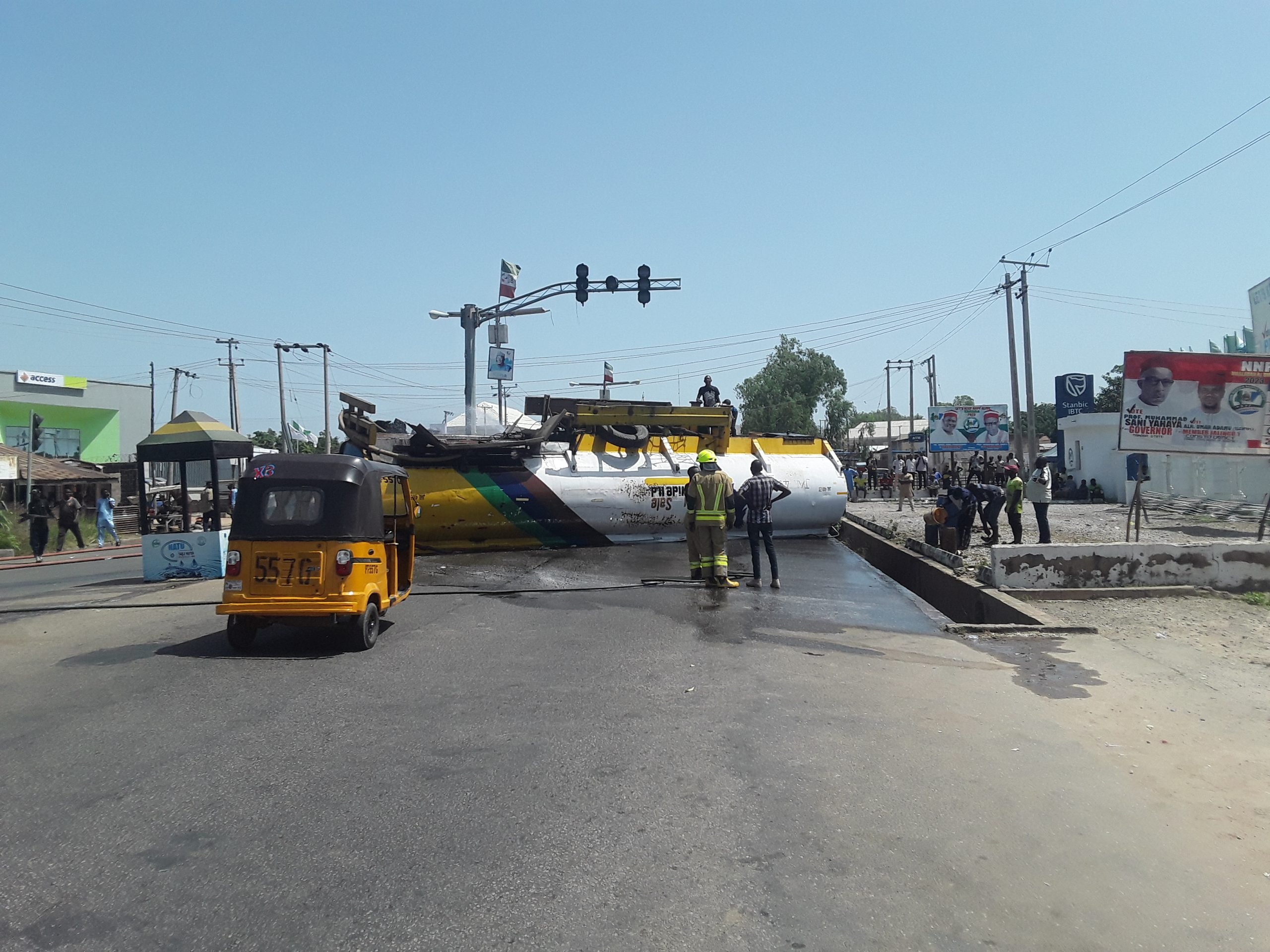 A diesel-laden tanker has fallen in Jalingo, the capital of Taraba state, spilling its contents.

The crash reportedly occurred at 12.45pm Monday, along the Hammarwa Way in Jaling and caused concerns among residents considering that the area houses most commercial banks in the state.

Apart from paralyzing business activities, motorists and tricycles have been compelled to seek alternative routes as the major highway where the crash occurred has been taken over by security operatives.

As of the time of filing this report, security operatives have cordoned off the area, further exacerbating the traffic gridlock

Emergency workers have also stormed the scene in readiness for any fire outbreaks and to prevent any form of damage.

One of the emergency workers who  said they were on ground to clear any wreckage to ease the traffic.

Some tricycle operators, commuters and passengers who spoke with our correspondent expressed sadness at the accident which they said delayed them from going about their daily business.

Urofia Akpan, a businessman who expressed frustration said “I left my home for an urgent business appointment in the market only to discover that it is not possible to drive through this road because of this crash that has blocked the major road in Jalingo city”.

A bank official who expressed worry at the way residents thronged the accident to scoop fuel, asked security operatives assigned to keep a vigil on the crash site to stop them to prevent a fire outbreak.