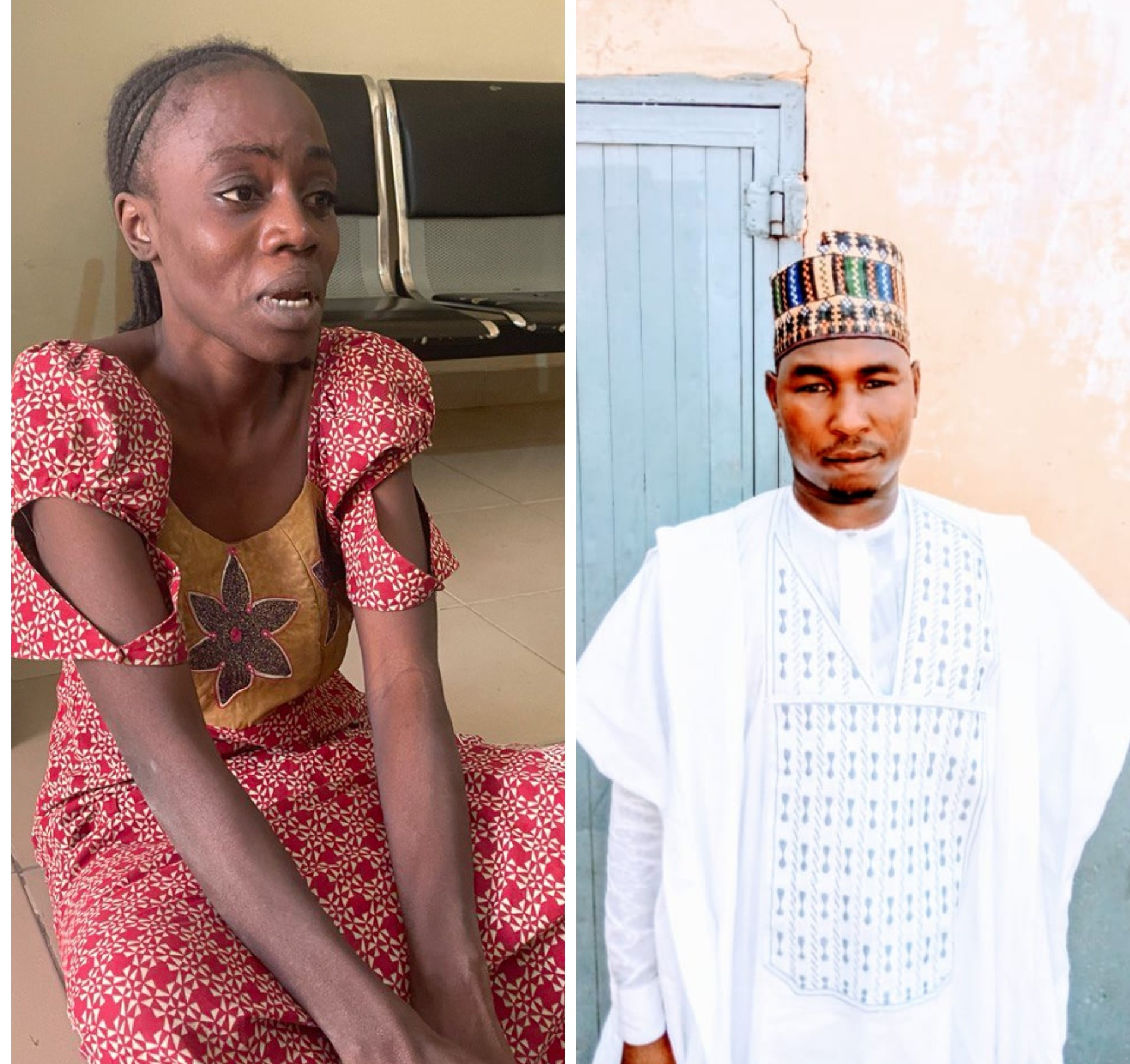 Fatima Abubakar, a 25-year-old housewife, was reportedly arrested by the Borno Police Command for allegedly poisoning her husband Goni Abbah to death.

The suspect was arrested on October 19 by officers of the Command at Anguwan Doki, according to the Commissioner of Police, Mr. Abdu Umar, who revealed this to the news media in Maiduguri on Sunday, October 30.

According to Umar, the victim, who was a chief imam in the area had returned home from the mosque when the second wife, the suspect, allegedly slipped poison into his food.

The CP explained that Goni’s condition deteriorated as soon as he began eating.

He said that after receiving emergency care at the State Specialist Hospital, the victim was immediately rushed there but tragically died after they got home.

When the victim’s family reported the incident to the GRA Police Station, the commissioner of police quickly dispatched men from the Criminal Investigation and Intelligence Department to arrest the suspect.

He said that when the police arrived, they saw a huge group of angry youths in the area, who stormed the victim’s home with the aim of lynching the suspect, but the police were able to contain the situation.

He continued by saying that the accused admitted to the crime in her statement and that she had already made up her mind to kill him when she purchased the poison from Monday Market.

Before she would be charged to court, the case, according to him, had been registered as culpable homicide before the Office of the Director of Public Prosecutions.

The suspect, Fatima who was paraded at the command, told our reporter that she killed her husband because she hates being married.
She said: “I never wanted the marriage. Goni was my second husband; I got separated with my first husband because I hate marriage.

“Anytime I wake up with the fact that I am married, it pisses me off. At some point, I had to run to my parent to demand an end to the marriage but they always sent me back, asking me to be patient.

“At some point, two months after I gave birth to my child, I ran away and slept in an uncompleted building for about two weeks. I later returned to my husband’s house.

“Not that he doesn’t treat me well, we are also not quarrelling. We are two in the household, I am his second wife and I have been married to him since 2021. But I just hate when any man comes near me.

“I don’t really know what is wrong with me. Even now that I am speaking to you, I don’t really feel that I was the one who killed him,” she said as she broke down in tears.