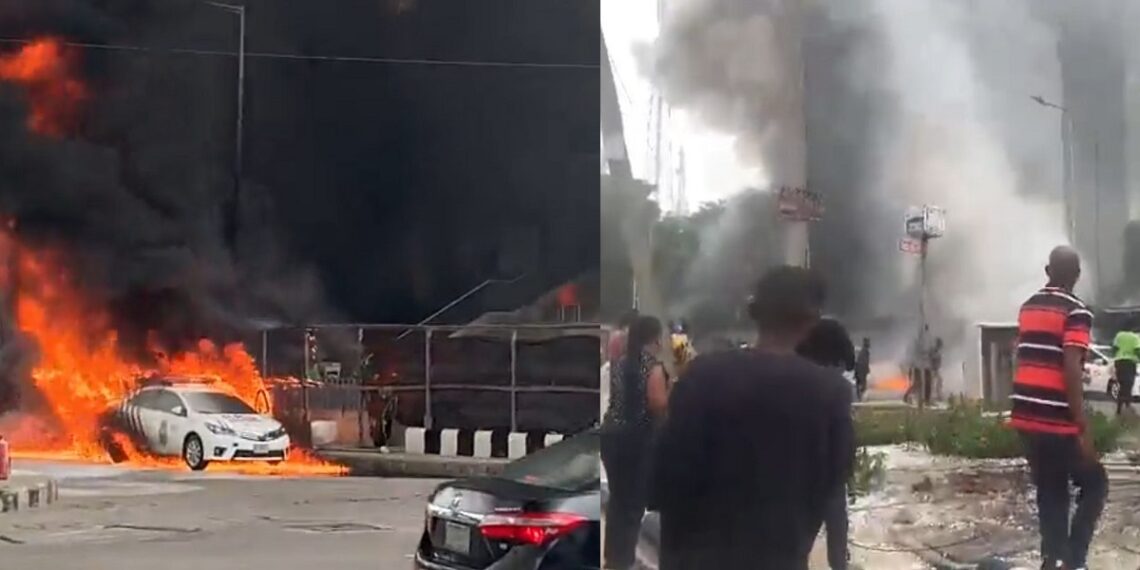 A building located on Adeola Odeku in Victoria Island, Lagos, is currently on fire.

The fire was started, according to sources, by a generator explosion that occurred early on Tuesday.

According to witnesses, a car with three people inside that was parked near to the building where the explosion happened caught fire.

Nosa Okunbor, a spokesperson for the Lagos State Emergency Management Agency (LASEMA), confirmed the development and stated that agency officials are currently on the scene of the disaster.

He added that emergency workers are attempting to put out the fire and that the agency is keeping an eye on the situation.