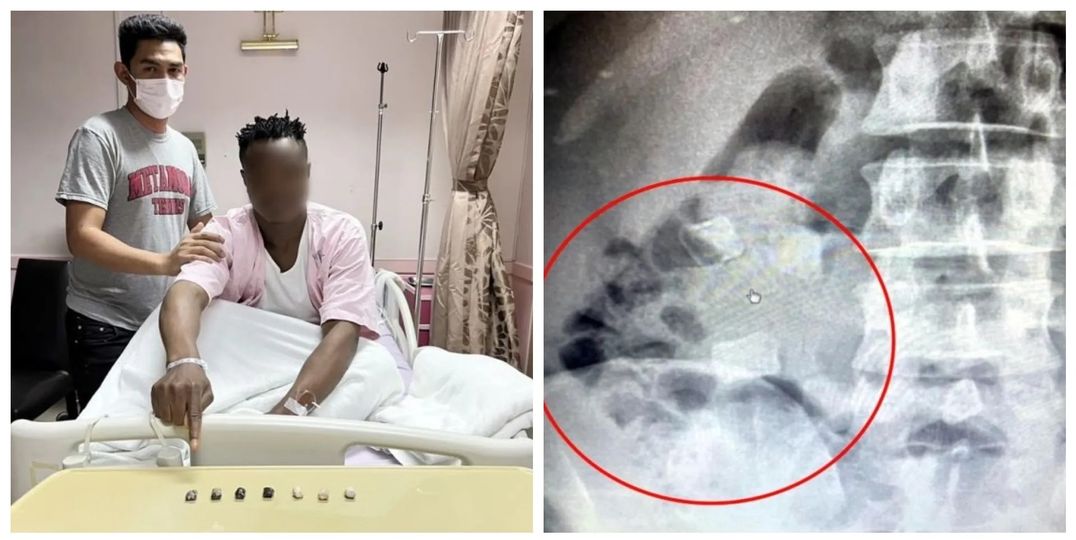 The high drama unfolded at the weekend in Sukhumvit Soi 11, downtown Bangkok, when the officers were acting on a tip-off that the Nigerian man was dealing in cocaine.

Earlier, they had arrested a 29-year-old lady identified as Catherine, who was in possession of the Class 2 drug. She said she got it from a black man.

A sting was set up and the 38-year-old Nigerian man identified as [b]Chidozie W.E, arrived in a Toyota Corolla Altis.

But as police advanced, the suspect was seen preparing to flee and stuffing something in his mouth.

He was arrested and no drugs were found but an xray at the Police Hospital revealed seven plastic packages in his stomach.

These passed through his system and were found to contain 15.33 grams of cocaine.

The suspect has been detained on a charge of dealing in a Class 2 narcotic (cocaine).