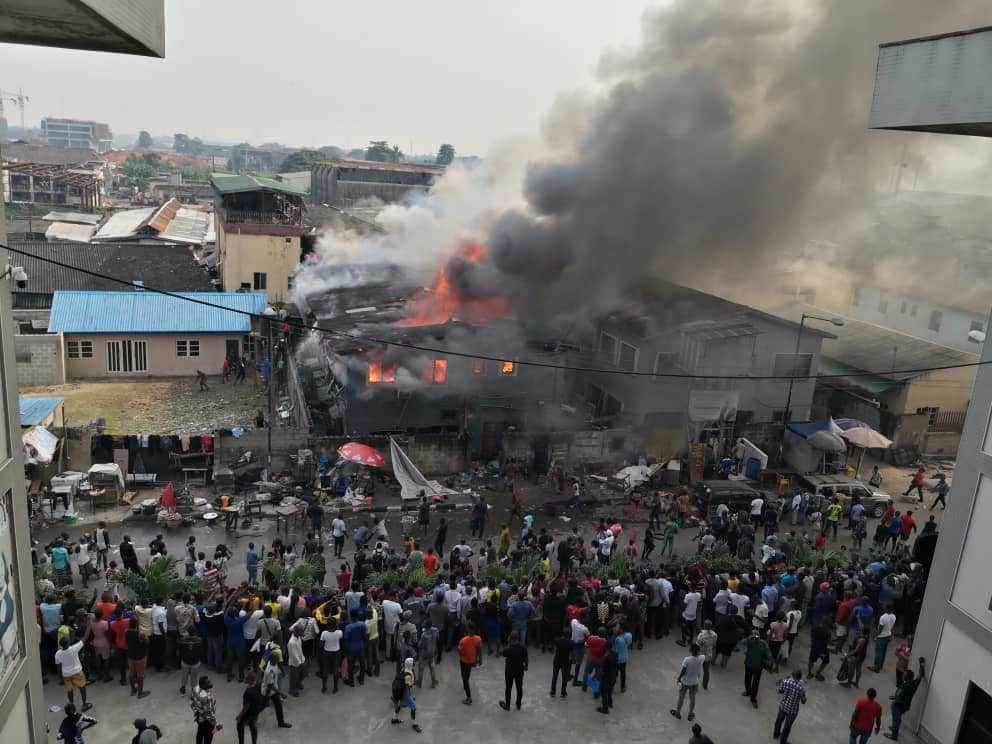 Parts of the clothing section of the popular Tejuosho market in the Yaba area of Lagos was on Tuesday razed by fire.

Margaret Adeseye, director of the Lagos Fire and Rescue Service, said that the fire gutted the “Tailor market behind the ultra modern Tejuosho market, Yaba, Lagos.”

Further speaking, Ms Adeseye said, “the fire which involved the clothing and tailoring materials section of the market is being subdued by the Lagos Firefighters.”

“Our team is on the ground,” Mr Oke-Osanyintolu said. “There have been no casualties so far. We are on top of the situation.”

Peoples Gazette had earlier reported another fire incident that happened on Tuesday morning at Adeola Odeku street, in Victoria Island area of Lagos.

A bank under construction was gutted by fire in the Victoria Island of Lagos, leading to the death of a male adult, with nine people sustaining various degrees of burns.

– Fire outbreak in a commercial building in tejuosho market, Lagos.