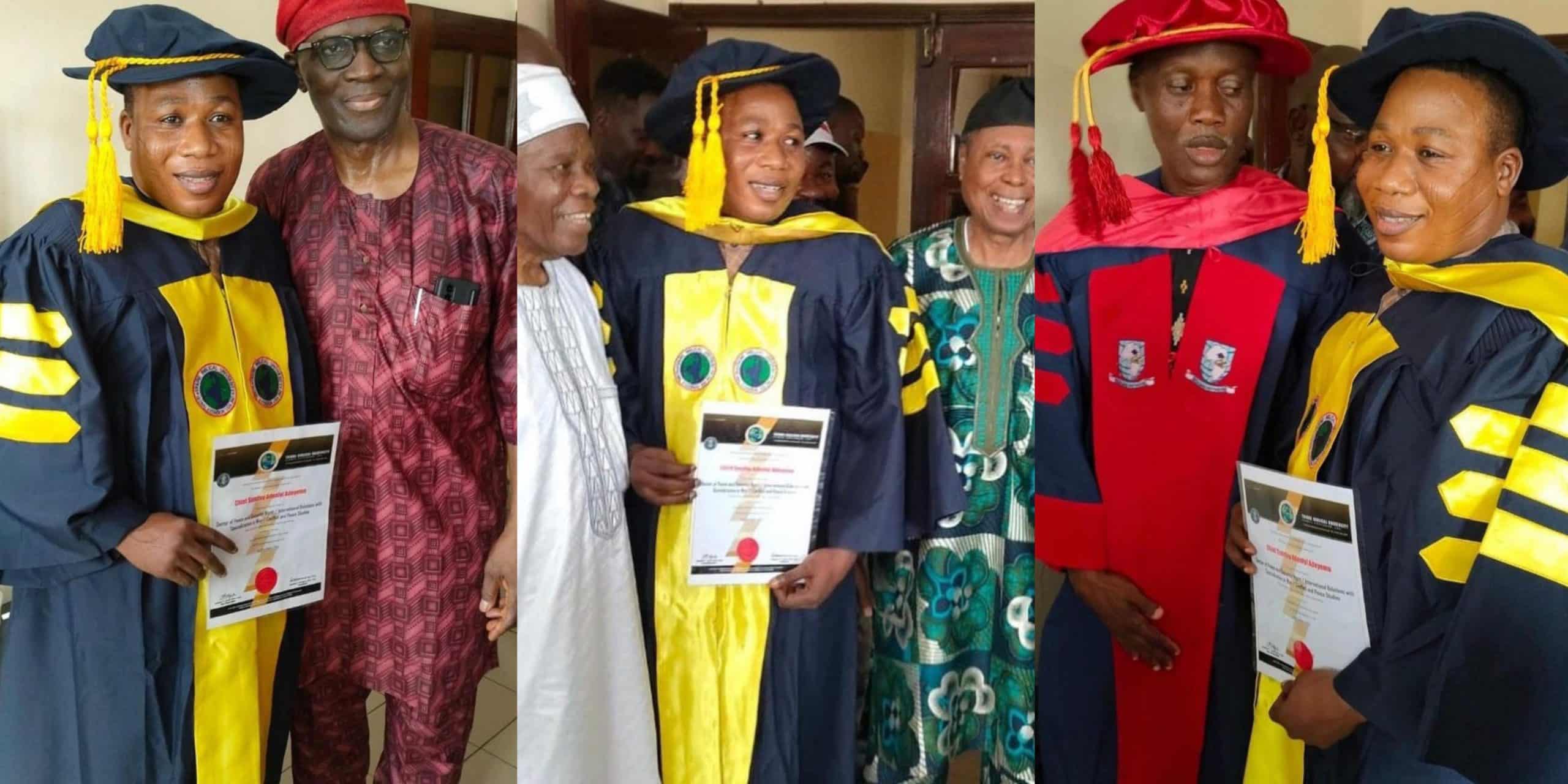 The university is based in Brooklyn, New York, United States of America.

Recall that Igboho was arrested in Cotonou, Benin Republic, in July last year, for the alleged falsification of his passport.

Before then, he was declared wanted by the Department of State Services (DSS) for allegedly stockpiling weapons in his home.

The secession agitator was subsequently arrested and detained in a prison in the Benin Republic but later regained his freedom in March 2022.

Taking to his Instagram page on Tuesday, Igboho shared the certificate and a series of pictures from the event.

He wrote: “Congratulations to me as I was conferred Doctor of peace and security management/international relations with a specialization in war/conflict and peace studies from Triune Biblical University, USA.”