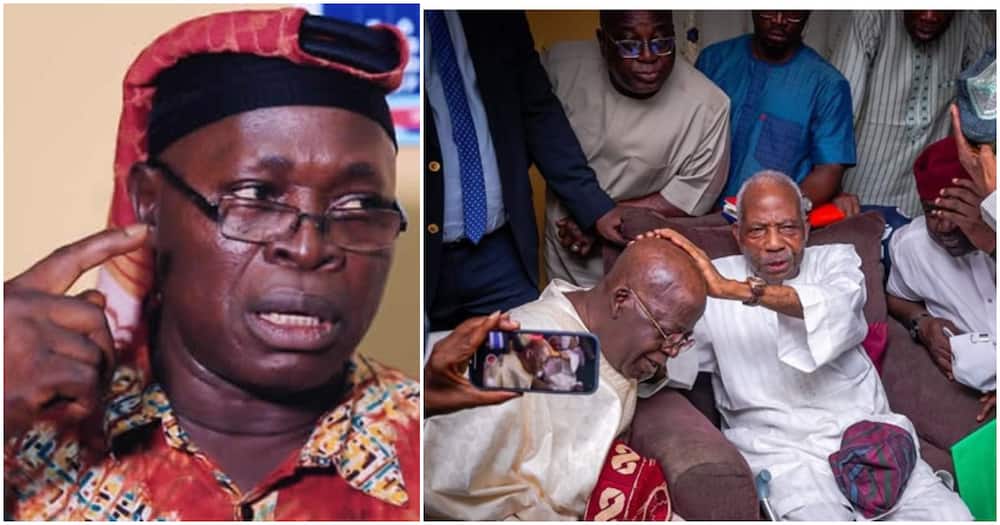 MURIC, in a statement by its director, Professor Ishaq Akintola, on Thursday, said Pa Fasoranti’s endorsement of Tinubu is capable of uniting the Yoruba people as Christians and Muslims will now rally behind the former Lagos State governor in a united front.

“MURIC commends Pa Reuben Fasoranti for his sportsmanship and broadmindedness. Pa Fasoranti’s name will be engraved in letters of gold for ignoring the illogical, irrational and inexplicable choice of Pa Ayo Adebanjo, who declared support for Peter Obi of the Labour Party,” MURIC’s statement read in part.

“A major significance of Pa Fasoranti’s endorsement of Tinubu is that it is capable of uniting the Yoruba people as Muslims and Christians will now rally behind Tinubu in a united front. The likely fallout of this development is a future payback by Yoruba Muslims who have shown the willingness to support a Christian candidate in future if their Christian counterparts vote for Tinubu, a Yoruba Muslim, in the 2023 presidential election.”

It was reports that Tinubu recently received the blessing of Pa Fasoranti, who had resigned as the President of Afenifere.

Tinubu received the blessing last Sunday at the country home of Pa Fasoranti.

The blessing was coming less than a few weeks after Ayo Adebanjo, the acting leader of Afenifere, and the leadership of the Yoruba group had endorsed Peter Obi, the presidential candidate of the Labour Party (LP).