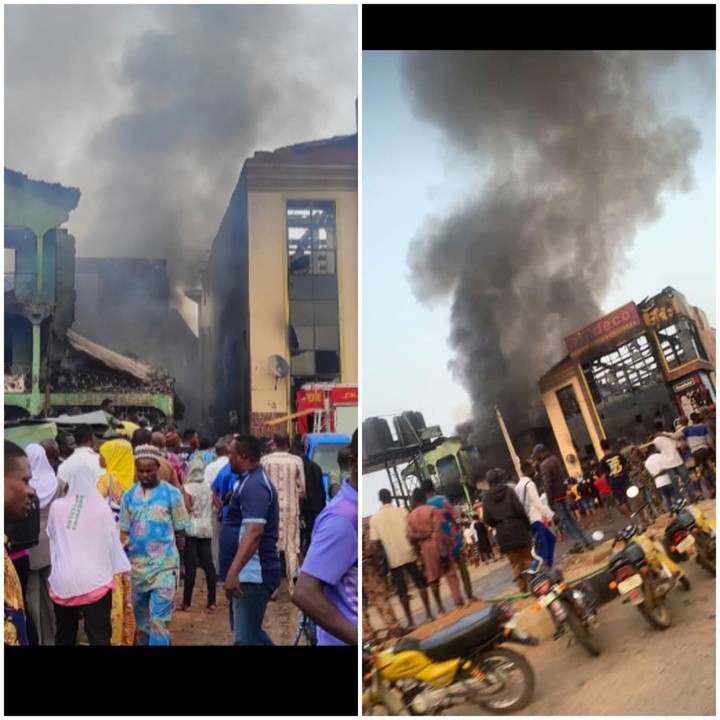 The Nation gathered that fire started in one of the two-storey buildings around 1:30 am where mattress are kept and other part of the floors are occupied by people who are using it for residential purposes.

It was learnt that fire started from the warehouse where the mattresses are kept before it spread to the whole house. Thereafter, the fire engulfed furniture and decoration warehouse close to the building.

The fire destroyed goods in the two warehouses and also caused of the building to collapse. Residents living around the two houses have vacated their homes, evacuating their belongings from the buildings in case of any eventuality of fire from the wares houses.

Men of Federal and State Fire Services were on ground to put out the fire.

An eyewitness, Abidemi said: “The fire started around 2am. My sister is living in one of the floors; her child discovered fire and raised the alarm.”

Similarly, the Kano State Fire Service said 15 persons were killed and property worth N20 million destroyed in various fire incidents in the state in October.

Public Relations Officer of the service, Alhaji Saminu Abdullahi said the service also saved 24 lives and property worth N43.3 million from 35 fire incidents during the period.

He said the service responded to 32 rescue calls and six false alarms from residents across the state during the period.

The spokesperson urged the public to handle fire with care to prevent fire outbreaks and cautioned motorists to abide by traffic laws to avoid road crashes in the state.