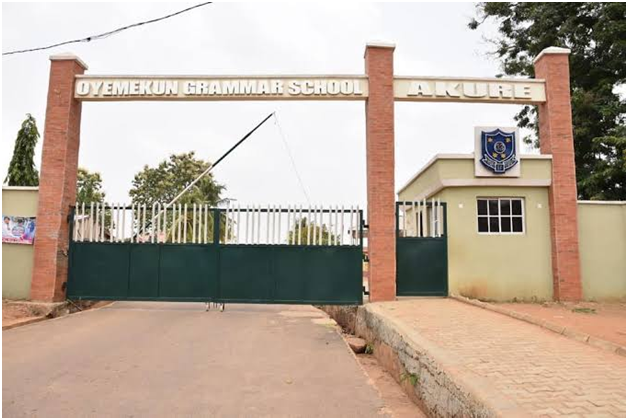 Available records showed that the College was founded in January, 1953.

While stating that the reason for its take over was to ensure morals, godliness and discipline among the students, the church, however, stated that it would hands off the school if the community does not want to relinquish it.

Speaking in an exclusive interview with The Hope, the Anglican Bishop of Akure Diocese and Archbishop of Ondo Ecclesiastical Province, Most Rev. Simeon Borokini, said OGSA, Fiwasaye Girls Grammar School and others were founded by the church.

“We have the records and many of them do not have the records, unless they want to deny their history. Fiwasaye used to be Fiwasaye Anglican Girls Grammar School and at some point in time, they decided to remove the Anglican.

Also, we have Ondo Anglican Grammar School very close to the Bishops’ Court and at a point in time they also removed the Anglican.”

“So for the mere fact that the school was built and named Oyemekun does not make it a community school. It was both community and church that worked together to build the school, he added.

Bishop Borokini, however, said if the community does not want the church to take over the school, there are other schools the church will focus on.

“So, it is for their own benefit and if they said they are not ready, we have other schools and what we are doing is that we don’t want posterity to judge us because in future, we do not know what it could lead to.

“Since the Roman Catholic has taken theirs, we also cannot fold our hands. So, if they are not willing to give up the school, there are other schools that we would take over.

“If they do not want something that is Godly, it is left for them if they are happy with the moral decadence of the school and the atrocities that are being perpetrated by the students,” he stated.

Speaking on behalf of the Deji of Akure, Oba Aladetoyinbo Ogunlade Aladelusi and the entire Akure Community, the Chief Press Secretary to the Deji, Mr. Michael Adeyeye emphasized that school was solely founded by the Akure community as a result of the yearnings of Akure people for secondary school education.

While saying it was a good idea for missionaries to take over some schools from government because education cannot be left to government alone, he objected to the Anglican Church ownership of OGSA.

“The case of Oyemekun is a little bit different and Akure has said it over and over again that Oyemekun Grammar School is a community school and the school came to being as a result of the need for secondary education and yearning of the Akure people for a secondary education during the reign of Oba Afunbiowo Adesida 1 who was the 41st Deji of Akure kingdom.

“Then, Ondo and Akure were almost running head to neck when it comes to the issue of development. And then Ondo Boys High School was able to get secondary school ahead of Akure, Aquinas College then came through the help of the Catholic missionary.

“But Akure never rested, they wanted a community school and eventually that was what gave birth to Oyemekun Grammar School and even from the name you would know it was named after the community.

“If you look at the other schools that were created solely by the Anglican Communion; the likes of St. Steven’s and St. David’s, they were named after them. So, as at today, the position is that the school belongs to the Akure Community. It is one of the heritages that Akure holds on to.

Adeyeye acknowledged the contribution of the Church in founding the school but added that there were non-Anglican members that also contributed.

“If you go to Oyemekun presently, you will notice that part of it was only carved out and given to the Anglicans because they wanted to instill morals and godly characters into students and majority of Akure then were members of the Anglican Community. So, it makes it look as if it was the Anglican Communion that took charge of the school.

“As we speak, the current chapel in that school is less than 15 years and they requested for it from Oyemekun, so if it was their land there would have been no need for them to make further request.”

He noted that Akure community would not antagonise the Anglican Church from taking over schools that belong to them but Oyemekun, like we said, is purely an Akure affair.”

When contacted, the National President of the schools alumni association, Dr. Adeniyi Ijogun was not ready to speak on the issue, stating that it would be resolved internally and a statement would be issued on resolutions arrived at.

The plan take-over of schools founded by the Anglican Church in Ondo State was prompted by the resolution of the state government to release missionary schools to their original owners.

Bishop Borokini told The Hope that Anglican dioceses in Ondo State will jointly take ownership of the Anglican schools but not all at once; it will be a gradual process.

“We have started meeting and last week, we have sent official letters to the government, letting them know about our intentions to take over few schools with two for a start. So we have been meeting and by the grace of God, we still have a meeting on scheduled for the 15th of this month.”