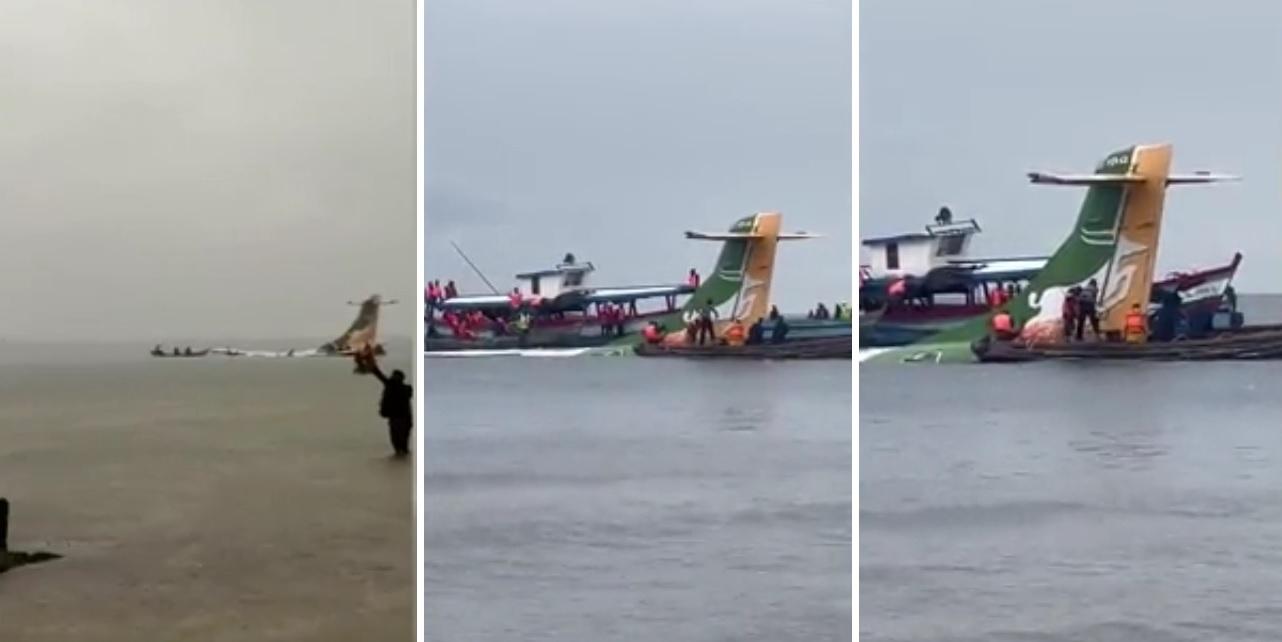 No information was immediately available on the number of passengers aboard the plane, but local media reports said around 49 people were on the flight.

In what will come across as a really heartbreaking development, a domestic passenger plane has crashed in Tanzania.

The plane plunged into Lake Victoria in Tanzania early on Sunday due to bad weather shortly before landing in the northwestern city of Bukoba, police said, adding that rescue efforts were underway.

“There was an accident involving a Precision Air plane which… crashed into water about 100 metres from the airport,” regional police commander William Mwampaghale told reporters at Bukoba airport.

No information was immediately available on the number of passengers aboard the plane, but local media reports said around 49 people were on the flight from financial capital Dar es Salaam to the lakeside city.

“The situation is under control as security teams are working hard to rescue people,” Mwampaghale added.

“The rescue team has been dispatched to the scene and more information will be released in 2 hours’ time,” the airline said.

The accident comes five years after 11 people died when a plane belonging to a safari company crashed in northern Tanzania.