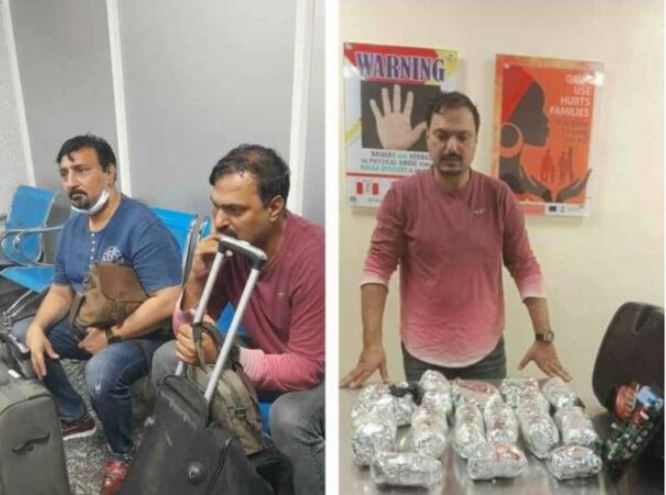 NDLEA spokesman, Femi Babafemi, in a statement on Sunday named the two suspects as Asif Muhammed, 45, and Hussain Naveed, 57.

They were arrested at the Murtala Muhammed International Airport, MMIA, Lagos with eight kilograms of cocaine concealed in a Public Address (PA) system while attempting to board a Qatar Airways flight to Lahole, Pakistan via Doha.

NDLEA spokesman, Femi Babafemi, in a statement on Sunday named the two suspects as Asif Muhammed, 45 and Hussain Naveed, 57.

He said the duo, who hold Nigerian residence permits suspected to be fake, were frequent travelers to Nigeria under the guise of doing textile business.

“They were arrested on Saturday 5th November at the Lagos airport barely a week after they came to Nigeria, that is, Sunday 30th October,” he said.

Babafemi added that operatives at the SAHCO import shed of the airport on Friday 4th November seized 13 cartons of Tramadol 225mg and 200mg imported from Karachi, Pakistan.

He said the consignment has a total weight of 465.10kg and 642,800 pills of the pharmaceutical opioid.

Babafemi added that while commending the officers and men of the MMIA command of the Agency for the successful operations in the past week, Chairman/Chief Executive of NDLEA, Brig. Gen. Mohamed Buba Marwa (Retd), them and their counterparts across the country not to rest on their oars until all drug syndicates operating in Nigeria are completely dismantled and the last gram of illicit substance taken out of the streets.