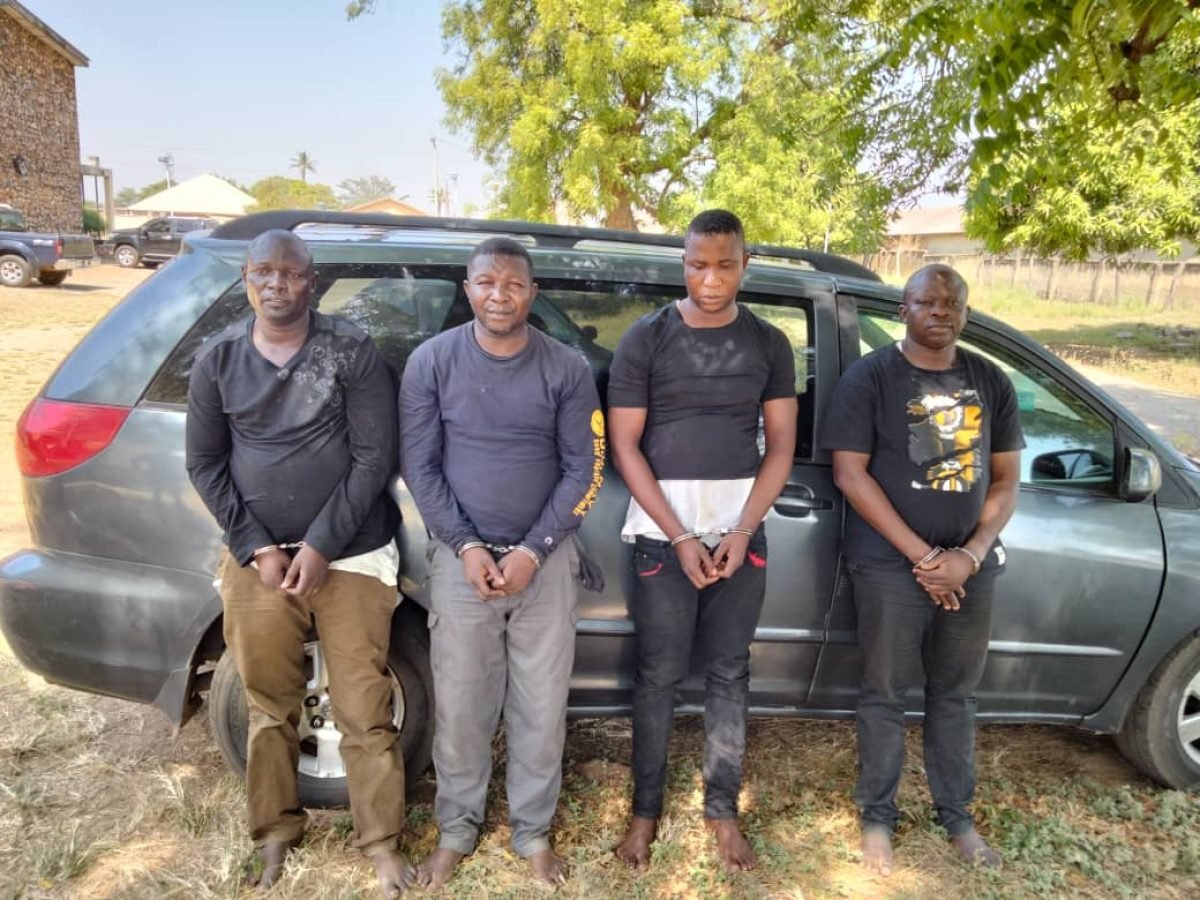 The Niger State Police Command has arrested four members of a fake security team that invaded the home of Senator representing Niger East senatorial, Senator Sani Musa, allegedly in search of foreign currency and arms kept in his residence in Minna.

This was against earlier report alleging an assassination attempt on the senator which the command described as untrue and false.

The state Police Public Relations Officer, PPRO, DSP Wasiu Abiodun, in a statement in Minna, said the arrest was based on a distress call recieved yesterday of a fake security team from Abuja that stormed the residence of the lawmaker.

According to him, “the Command immediately mobilized tactical teams to the scene and the suspects were arrested on 03 December, 2022, based on a distress call received that some strange suspicious persons, driving a Toyota Sienna vehicle with Reg. No. FKJ 814 GP invaded the house of a Senator, located at Minna.”

The state police spokesman revealed that “during interrogation, the suspects claimed that they were mobilised by one Sherrif, a purported whistleblower who was reportedly claiming to be working with a security agency at Abuja but presently at large.

“The suspects also confessed further that Sherrif stated there are foreign currency and arms kept in the residence of the Politician, hence they travelled from Abuja to Minna for a purported execution of search without any warrant.”

The statement further explained that the suspects have been transferred to SCID Minna for discreet investigation, while efforts are ongoing with a view to apprehend other members of the gang.

It added, “members of the public are enjoined to disregard report of assassination attempt of a Senator, as the said politician was not in Minna as at the time of the incident.”