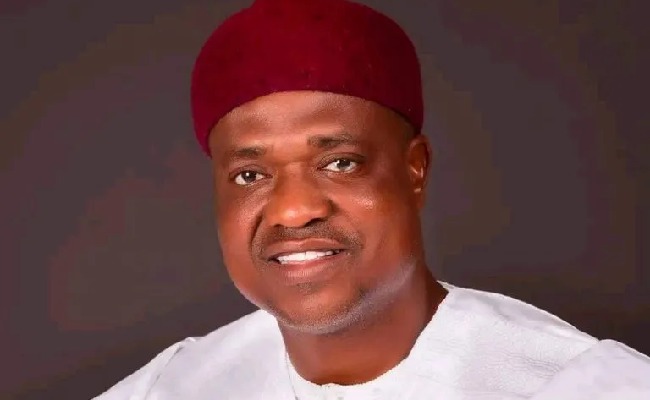 A family source disclosed that the abductors were able to contact the family of the Commissioner through the phone of his driver.

The gunmen that abducted Ekpe Ogbu, the Benue State Commissioner of Housing and Urban Development are demanding the sum of N5 million ransom for his release.

A family source told Punch that the abductors were able to contact the family of the Commissioner through the phone of his driver.

“Yes, the Kidnappers have contacted the family of the commissioner through the driver’s phone and demanded N5 million,” a family member who did not want to be mentioned because he was not authorised to do so told our correspondent on Monday.

The Commissioner alongside his driver, aide and one other were kidnapped on Sunday at Adankari village along Otukpo/Ado road.

Meanwhile, four teams of policemen have been deployed to the area in an effort to rescue the four people.

According to police source, two teams from divisional police in Otukpo, men of Operation Zenda and Safe highway were said to have been deployed.

“The command has intensified efforts in rescuing the kidnap victims with the deployment of two teams of our divisional police in Otukpo.

“Also, men of Operation Zenda and Safe highway have all been deployed to the area,” the police source said.

Earlier, the State Command Public Relations Officer, Catherine Anene, explained that the incident happened at about 6:20pm at a forest along Otukpo/Ado road.

In a statement issued on Monday, Anene said police officers who were on patrol sighted a vehicle parked by a forest area along Adankari village, Otukpo-Ado road.

“Shortly after the vehicle was recovered, information was received that the Benue State Commissioner for Housing and Urban Development, Ekpe Ogbu, who had travelled to Utonkon for a burial, was traveling back with three other persons through the same route and was no longer reachable. Immediately, police teams were deployed in search of these victims.

“The Commissioner of Police, Benue State Command, CP Wale Abass, who visited the scene for on-the-spot assessment, had identified a new route linking the forest to the highway and emplaced adequate security on the road to forestall further occurrences.

“While interacting with Adankari community members, the CP requested them to volunteer information to the police to assist them in the ongoing operation.

“The CP also visited the victim’s family members and assured them of his commitment to rescue the commissioner and others held hostage,” the statement read in part.