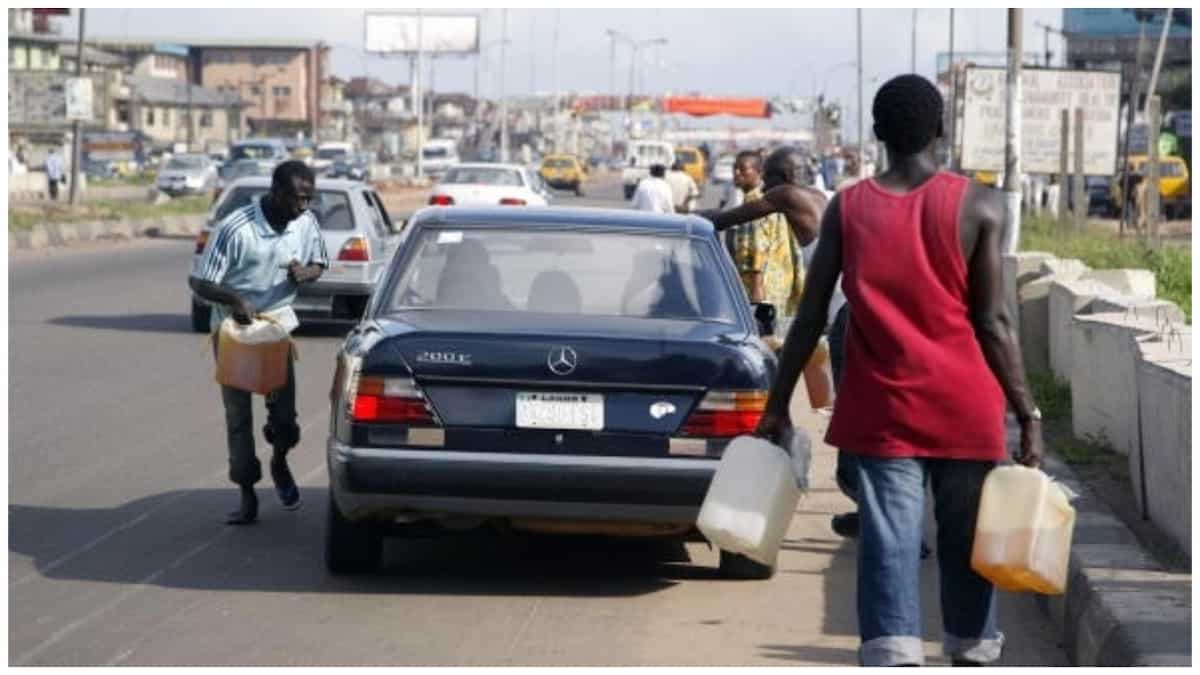 Following the return of long fuel scarcity and long queues at filling stations across the Federal Capital Territory, FCT, fuel attendants have been accused of encouraging the sales of black market.

It was observed that black marketers have taken advantage of the fuel scarcity around the Federal capital city to make brisk business.

Despite assurances by the Nigerian National Petroleum Company Limited, NNPC, of adequate fuel in December, Abuja has been witnessing long queues, increasing business for black marketers.

Our correspondent gathered that while motorists groan in filling stations over lack of fuel, black marketers can be seen clustering around filling stations while displaying fuels in jerry cans openly in an attempt to attract customers. They are, however, on the lookout for security agents.

Recall that the NNPC had assured that it has two billion litres of Premium Motor Spirit (PMS) in stock; hence allayed the fear of fuel scarcity during the Yuletide season.

Adeyemi Adetunji, the Executive Vice President, Downstream, NNPC Limited, said it has enough fuel in stock to cater for motorists for more than 30 days.

According to him, officials are currently monitoring massive loading from the depot to various destinations to reduce the long queue, adding that the NNPC has programmed vessels and trucks to unconstrained depots.

However, DAILY POST correspondent discovered that at NNPC filling station along Guzape area of Abuja, fuel attendants were selling the product to black marketers.

It was learnt that staff of NNPC sell to black marketers at the rate of N179 per litre, and for every 25 litres they pay extra N1000.

A motorist named Peter Shima lamented that the sales to black marketers was affecting motorists.

He said that: “NNPC fuel attendants sell petrol at 179 per litre, while black marketers around the station sell at 350. They sell to these black marketers at the normal rate but for every 25 litres jerry can, they collect N1000 extra.”

Corroborating this claim, a black marketer, who simply identified himself as Musa, said he buys the product from a filling station at the rate of N300 and he resells at 400 per litre.

“Filling stations now sell to us black marketers at the rate of N300, but if you want to buy at normal rate of N190; you will not get it.

Our correspondent observed that the renewed fuel scarcity had led to an increase in the price of transportation, as well as goods and services.