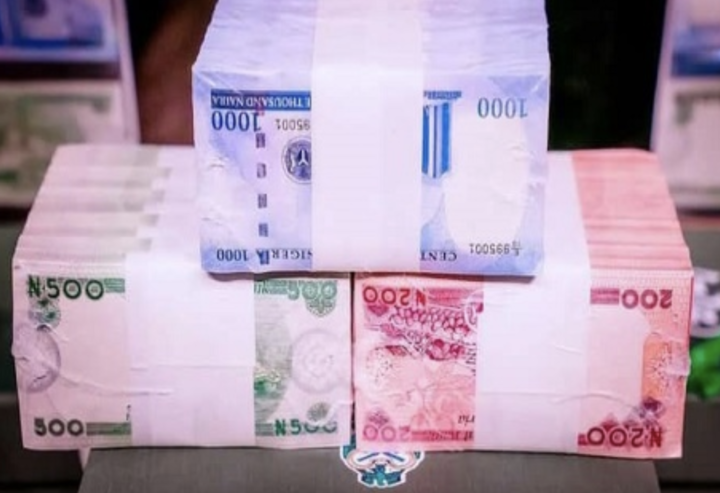 Economic experts have said that the Central of Nigeria, CBN, revised policy on cash withdrawals is a heavy blow to looters of government funds, kidnappers and fraudsters.

A breakdown of CBN’s revised guidelines on the practical implementation of the naira redesign policy stated that starting from 9th January 2022, Automated Teller Machines, ATM/ Point of Sales, and POS withdrawals would be limited to N20,000 Per Day.

The notification also disclosed that Automated Teller Machines, ATM, will dispense N200 and downward denominations, and defaulters of maximum deposit limit will have to pay 5 per cent and 10 per cent, respectively, as charges.

It added that OTC withdrawal wouldn’t be more than N100,000 per individual and N500,000 per corporate organization, and Third Party Cheques over N50,000 would not be cleared over the counter.

It was  learnt about the directive in a letter by CBN’s director of banking supervision, Haruna Mustafa, to all Deposit Money Banks, other financial institutions, primary mortgage banks and Microfinance banks on Monday.

Speaking in his reaction to the newly released guidelines on cash withdrawals, a don of Accounting and Financial Development at Lead City University, Ibadan, Prof Godwin Oyedokun, said only looters of Government treasury would fault the policy.

He explained that the policy is not targeted at the poor and may likely not affect rural dwellers.

He said, “If I say I don’t expect this, I will be deceiving myself, but the magnitude of the cash contraction is shocking. I didn’t expect it to be this lower in terms of volume. It is not targeted towards the poor; nobody should blackmail this initiative because of their self-interest. People that couldn’t afford food and still have N20,000 cash in their pocket, and you still rank them as poor people? The answer is no; anyone handling 20,000 is no longer lacking in terms of basic needs.

I give you an example that couldn’t afford food would have N20,000 cash in their pocket, and you still rank them as poor people? The answer is no if anyone handling 20,000 is no longer lacking in terms of basic needs.

“Some shenanigans will say, what about people in the rural areas? I give it to you that if you go to these so-called rural areas, you won’t be there and see anyone without a phone, no matter the quality. In these rural areas, some have more than one phone. When we say poverty level, we are talking about people’s inability to have basic needs. It presupposes that they don’t have the capacity to have cash of that magnitude. This policy will affect those charged with governance in this country; they have a lot of money to toy with.

“The policy will reduce the volume of money in circulation and the capacity for the rich to spend anyhow”.

He disclosed that the policy would halt random payment in cash by kidnappers and restore sanity to the nation’s currency if implemented.

He added that the Federal Government and relevant stakeholders must address the issue of inadequate telecommunications networks in some areas.

“The challenge will be how these policy changes would affect the underbanked, particularly those in outlying areas of the country, because most of such folks have not been included and mainstreamed into the financial sector.

“There will be the urgent need for the Central Bank to embark on aggressive critical enlightenment, particularly as most of such compatriots might not have the luxury of using alternative transaction channels.

“That leaves one wondering how CBN will implement effective monitoring schemes, which will be largely automated and electronic. For the restrictions not to be observed in the breach, this is one area we can envisage some challenges as this is implemented. Of course, it is axiomatic to note that without enforcement, the laudable objectives of this policy will not be realized.

“There is the need to pay attention, so that network issues will be minimized. Often, as you use your debit cards, the [sing song “Declined] could be frustrating. This is the logic behind the maintenance of many Bank accounts and the holding of several debit cards by bank customers. One expected that as we fully adopt the 5G network, definitive improvement in service experience will be the result.

“There is no doubt that these measures would push further down the road the desire to make the Nigerian economy truly cashless and, to that extent, impact the effectiveness of CBN’s many policy thrusts. It should deal a heavy blow on criminality, particularly ransom payment. As it becomes increasingly difficult to find cash and as the awareness gains ground, some flawed individuals among us might be forced to change addresses for better productive engagements.

“We also expect that as cash is drained from the economy that that might reduce demand pressure for dollars, thereby impacting the exchange rates of the Naira positively. There is no doubt that there will be negative collateral consequences for those who deal largely in cash. Collections at churches and other prayer places where cash is the medium will be impacted negatively. There are many compatriots engaged in POS transactions that might also be affected. And therefore, there will be the inevitable need for adjustments and repositioning.