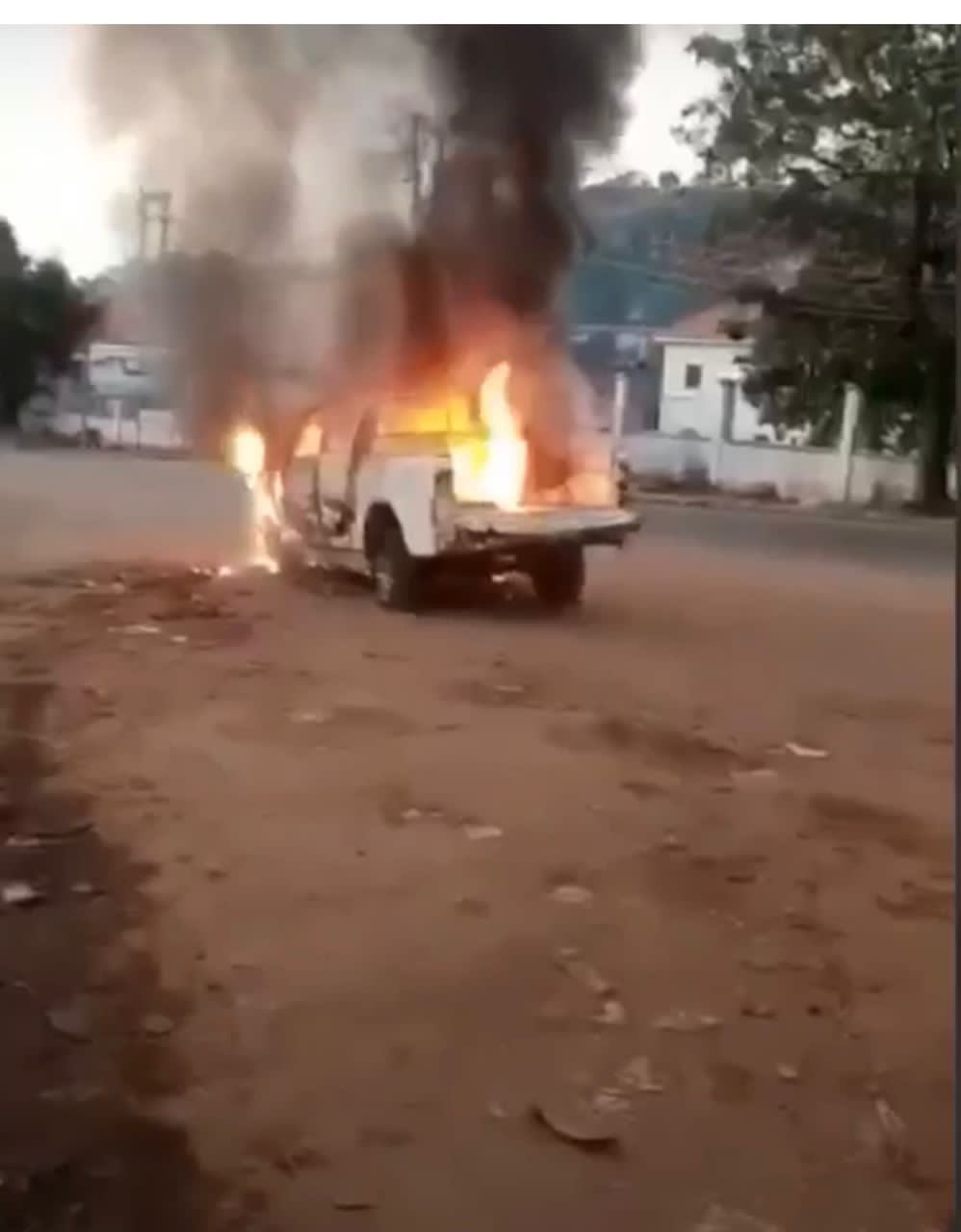 More facts have emerged following the slight pandemonium on Saturday morning caused by heavy shooting in the Enugu metropolis.

It was had reported that two persons were killed earlier in the day as a result of gunmen trying to enforce a sit-at-home directive around the new market area.

An eyewitness who spoke on conditions of anonymity told our correspondent that a police van was set on fire by the hoodlums and 2 people were shot dead during the attack.

The source said the gunmen, numbering over 10, had stormed the New Market area as early as 6am probably to shut down the market but were confronted by some policemen patrolling the market area to reassure traders of their safety.

Meanwhile, the Commissioner of Police, Enugu State Command Ahmed Ammani, in a statement on Saturday, said orders have been given to Area Commanders, Divisional Police Officers and Commanders of all the Tactical/Operational Units to ensure the maximum deployment of intelligence and operational resources at their disposal.

The police authorities also instructed their men to effectively patrol and fish out miscreants that may want to disturb public peace and security and disrupt the businesses and otherwise activities of law-abiding citizens, under the guise of enforcing illegitimate sit-at-home order.

The CP has reassured that the Command, collaborating with other security agencies and law-abiding citizens, will never rest in ensuring that the lives and property of the citizenry are protected against the undesirable activities of criminal elements, hellbent on causing unwarranted havoc to fellow citizens.

The Commissioner urged all and sundry to remain vigilant, go about their lawful businesses and resist succumbing to the antics of the miscreants, including the spread of tension-causing fake news.

He enjoined residents to continue to support and cooperate with the Police and other security agencies in their unwavering quest to quell the activities of criminal elements.

He said normalcy has since been restored at the New Market axis of Enugu and a crack team of Police Operatives deployed to hunt down the armed hoodlums, who shot sporadically and breached public peace in the area.