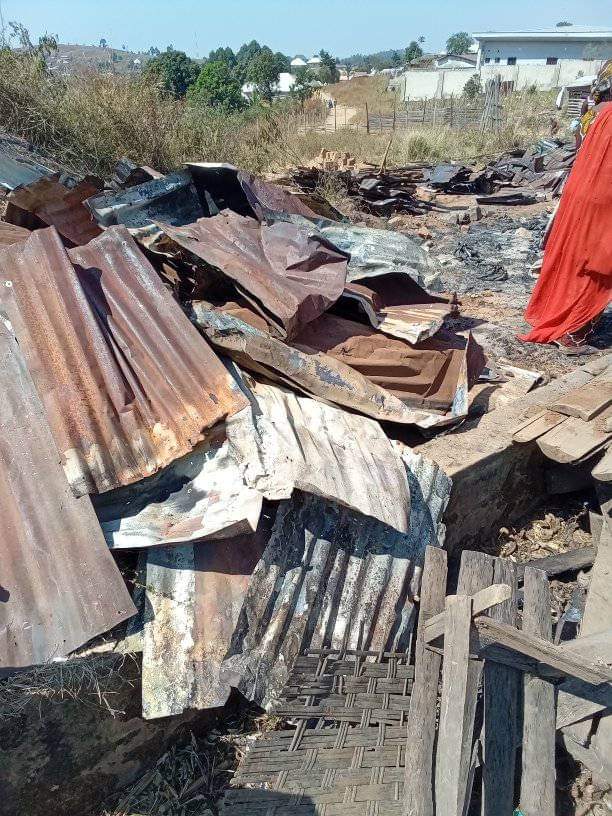 A fire outbreak on Friday night at the popular Mami market in Gembu, the administrative headquarters of Sardauna local government council of Taraba State has razed down parts of the market.

The fire was said to have destroyed goods worth several hundreds of millions of Naira in the market.

The inferno, which lasted for several hours, our correspondent learnt, could not be put off as there was no presence of fire service men in the council.

For the efforts of sympathisers, the fire, as narrated by an eyewitness account, will have spilt over to neighbouring houses.

Narrating their ordeal, some victims whose shops were burned beyond recognition, called for an investigation into the source of the fire.

With tears streaming down her face, Aisha, whose shop was among the many razed beyond recognition, said she had lost all her life savings in the inferno.

” This shop is my only source of livelihood. I have no other source of living apart from this shop that has now been burnt to ashes” she lamented.

She asked the state and local governments, as well as the federal government and spirited individuals to come to her rescue.

Apart from Aisha, other victims of the inferno who also bared their minds to DAILY POST recounted how they left for their homes without envisaging any form of disaster.

“We have never for once experienced this form of fire outbreak in this market before” Hassan Usman, the most unfortunate thing is that some of us just filled our shops with new goods when the incident occurred.”