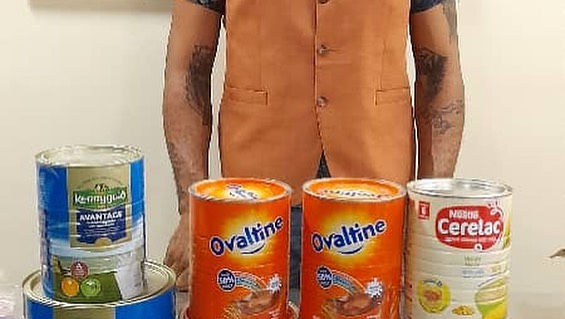 On Monday 5th December, the operatives at the SAHCO export shed of the airport intercepted cans of powdered milk, baby food, and beverages used to conceal 3.4 kilograms of cannabis going to Dubai, UAE.

The interception led to the arrest of a freight agent, Ewelike Chibuike Cyril who presented the consignment for export.

The consignment was going to Malabo, Equatorial Guinea through the SAHCO export shed of the airport.

See how NDLEA operatives uncovered all the illicit drugs below: