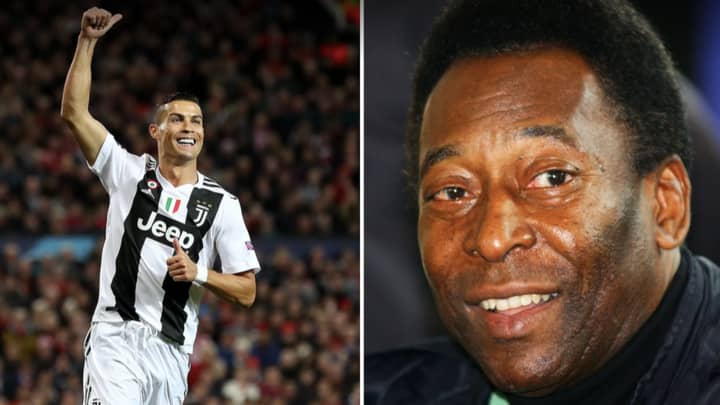 The 82-year-old, who is currently recovering in Albert Einstein hospital in Sao Paulo after he stopped responding to chemotherapy, was responding to Ronaldo’s comments on Instagram.

Ronaldo had on Sunday said he would never turn his back on his colleagues and country.

The five-time Ballon d’Or winner was unable to save Portugal as they lost 1-0 against Morocco in the World Cup quarter-final at the weekend.

Ronaldo had said in a lengthy message, “I fought for it [World Cup]. I fought hard for this dream. In the 5 appearances, I scored in World Cups over 16 years, always by the side of great players and supported by millions of Portuguese, I gave my all. Leave it all out on the field. I never turned my face to the fight and I never gave up on that dream.”

“Sadly, yesterday the dream ended. It’s not worth reacting to heat. I just want you all to know that much has been said, much has been written, much has been speculated, but my dedication to Portugal hasn’t changed for a moment. I was always one fighting for the objective of all and I would never turn my back on my colleagues and my country.”

Responding to Ronaldo, Pele wrote: “Thanks for making us smile my friend.”