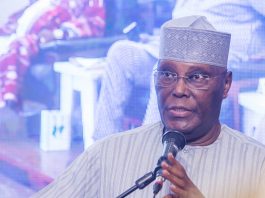 The Peoples Democratic Party, PDP, presidential candidate, Atiku Abubakar, has pledged to clear the backlog of salaries owed to the Academic Staff Union of Universities, ASUU, if elected president.

Atiku said his administration would ensure that universities are paid directly whatever money is due to them, vowing to remove all administrative bottlenecks.

He said: “I will increase the funding level as against what is currently obtainable because I’m a firm and committed believer in education.

“Secondly, I have undertaken to clear all the backlogs so that you go back to classes and students go back to school, but sometimes, there are invincible roadblocks.

“When the Federal Government releases money for universities, it doesn’t go straight to them but to another federal bureaucracy, and they may decide to do whatever before sending the money to whatever universities.

“When I was Vice President, I visited several embassies and found that all the staff had not been paid for several months, and I even visited Togo that is ECOWAS headquarters. All these countries have a building and staff quarters as poor as they are, but Nigeria did not have.

“When I came back, I called the then Minister of Finance to ask all embassies to give us their budget, and when they did, we didn’t send the money through the Ministry of Foreign Affairs but straight to the ministries. And that immediately eliminated all the backlog of salaries owed to our staff abroad.

“But then, the ministry didn’t like it; they kept fighting. However, you have to be bold to change some of the procedures currently obtained in the public service to get services delivered where they should. We will give NUC and universities what they need to operate direct.

“Of course, I pledge to increase our budgetary allocation, sadly, we are not spending as much as our educational sector is concern in Africa.”