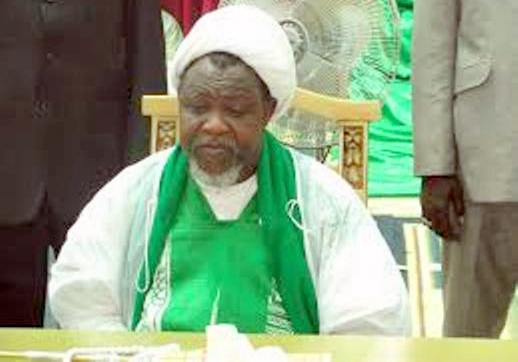 Meanwhile, Shiites in Nigeria and sympathizers on Monday marked the 7th anniversary of the Zaria massacre.

The Islamic Human Rights Commission (IHRC) has reacted to the reports that Ibraheem El-Zakzaky, has died.

IHRC dismissed the reports that El-Zakzaky, leader of the Islamic Movement in Nigeria, IMN, is dead.

IHRC urged Nigerians to disregard rumours that El-Zakzaky, is dead.

Some reports had it that the Shi’ite leader died on Monday.

However, the international Islamic human rights organization maintained that El-Zakzaky was alive.

In a tweet, IHRC wrote: “The Anniversary of the 2015 #ZariaMassacre is today. We will be posting more during this week.

“Please disregard rumours circulating this morning that Sheikh El-Zakzaky has passed away.”

Meanwhile, Shiites in Nigeria and sympathizers on Monday marked the 7th anniversary of the Zaria massacre.

Recall that the Nigerian Army had attacked El-Zakzaky’s residence in December 2015.

The Nigerian Army troops killed some Shiites and destroyed El-Zakzay’s place of worship.

The incident followed an alleged Shiites attack on the then Chief of Army Staff, Lt. Gen. Tukur Buratai in Zaria.

Sheikh Zakzaky and his wife Zeenat lost their six sons, three of whom were killed during the Zaria Massacre.