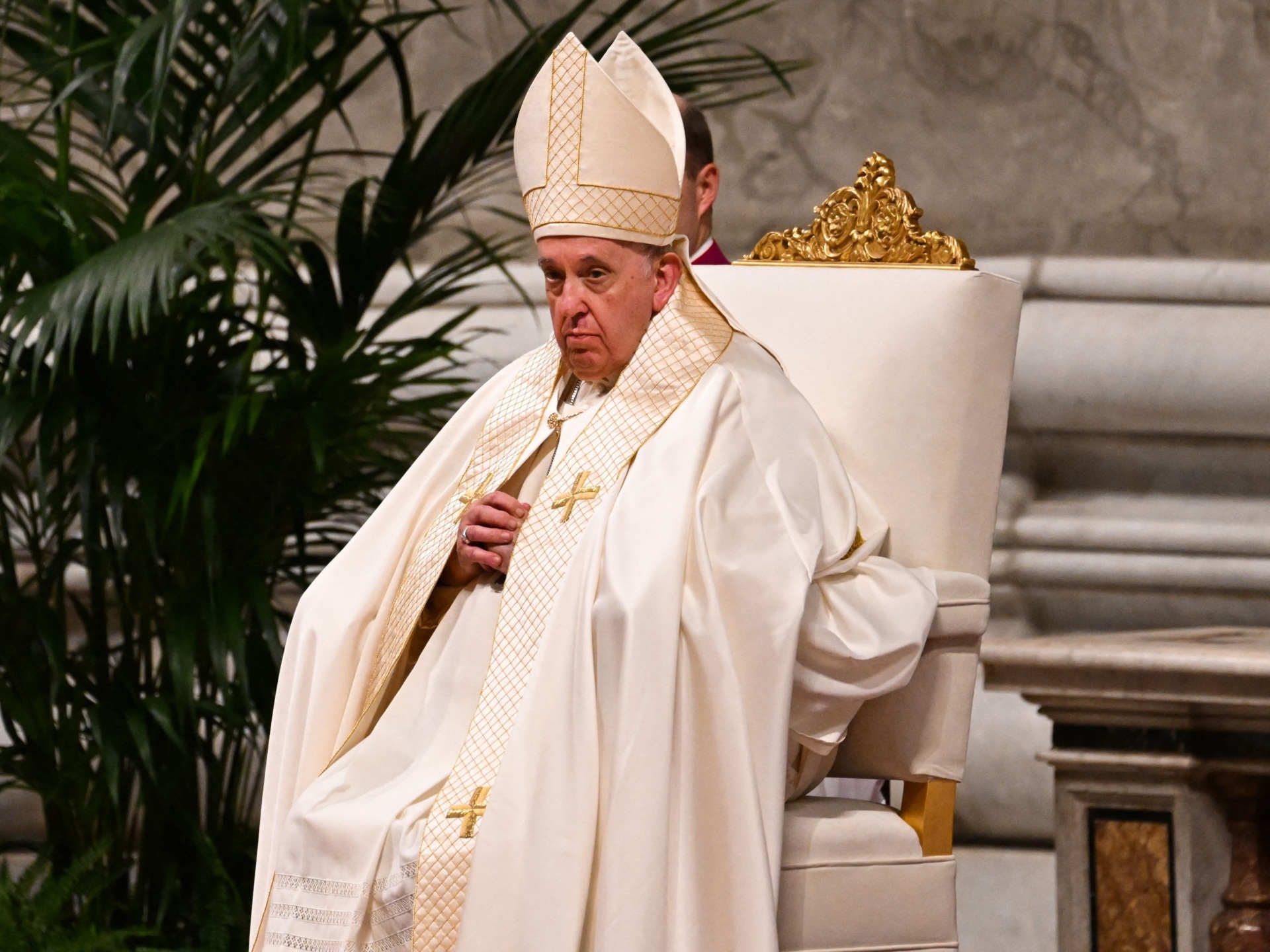 At a Mass at the Vatican, the Pope, 85, said on Sunday that he has a dire vision for the world with ‘omens of even greater destruction and desolation’.

Pope Francis, the head of the Catholic Church, has made a stunning declaration.

He offered a harrowing vision of the future, saying he has seen signs of an even darker time for humanity.

At a Mass at the Vatican, the Pope, 85, said on Sunday that he has a dire vision for the world with ‘omens of even greater destruction and desolation’.

The Mass was commemorating the feast of Our Lady Guadalupe, which fell yesterday. It commemorates the appearance of the Virgin Mary to a young man, Saint Juan Diego, in 1531 in Mexico City. The day is a national holiday in Mexico.

But despite the current difficult times for the world – including wars, particularly Russia’s conflict in Ukraine, the rising cost of living, poverty, famine, and an international energy crisis – the Pope said he has a vision that things will get worse.

In his homily, the pontiff said ‘it is a bitter time, filled with the rumbling of war, growing injustice, famine, poverty and suffering,’ but at this ‘bleak and disconcerting’ time, there are ‘omens of even greater destruction and desolation’.

He added that at Christmas, God’s ‘divine love and his coming down to us tell us that this too is a propitious time of salvation, in which the Lord, through the Virgin Mother, continues to give us his Son’.

He urged the Vatican congregation ‘to get involved with each other without delay, to go out to meet our brothers and sisters who have been forgotten and discarded by our consumerist and indifferent societies’.

The pontiff recounted the Bible verse from John 3:16: ‘God who so loved the world, sent us his son, ‘born of a woman’, so that ‘whoever believes in him should not perish but have eternal life”.

In the celebration of the feast of Our Lady of Guadalupe the Pope said that the Virgin Mary ‘invites us to leave behind all the prejudices and fears that populate our hearts and to trust in the true God for whom we live, joyfully and confidently directing us to reaffirm our belonging to the Lord’.

In 2031, it will be the 500th anniversary since the appearance of Mary to the young man in Mexico.

With this in mind, Pope Francis called on ‘all members of the pilgrim Church in the Americas, pastors and faithful, to participate in this celebratory journey that aims to promote an encounter with God through Our Lady of Guadalupe’.

‘She wants to remind us that it was the Gospel that shaped the soul of Latin America, and that as believers in Christ it is our responsibility to be credible witnesses of the love of Jesus Christ and decisive protagonists in building a new culture.’