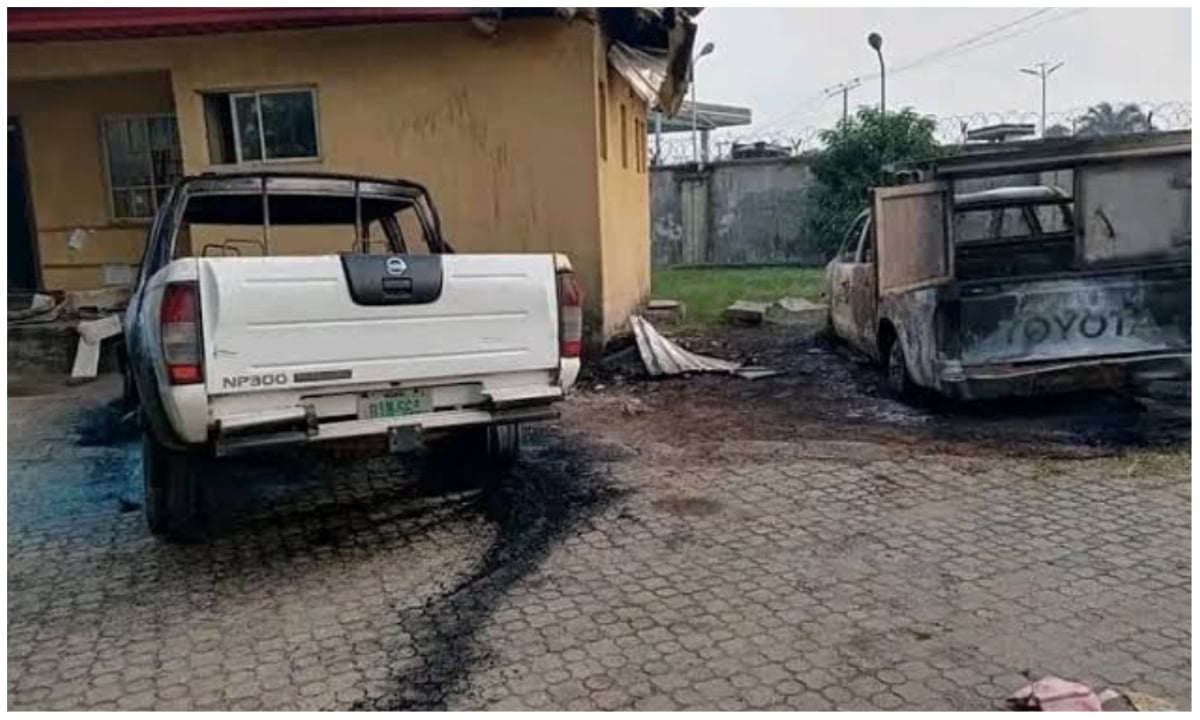 Imo youths on Wednesday said it is impossible to believe opposition elements are not responsible for the attack on the Independent National Electoral Commission (INEC) state headquarters along Port Harcourt Road, Owerri, the state capital.

Reacting to Monday morning’s attack on the state headquarters of INEC, they said the opposition stands to benefit the most in the crime wave if the administration crumbles.

The Global Association of Concerned Imo Youths, GACIY, made these remarks in a statement signed by the convener, Sir. Collins Ughalaa, made availablein Owerri, Imo State capital.

Recall that the Peoples Democratic Party (PDP) in Imo State has raised eyebrows over the statement made by the Governor of the State, Senator Hope Uzodinma, in the aftermath of Monday’s attack on the INEC Office in Owerri, describing it as irresponsible and shameful.

It was reported that Uzodinma said the attack at the Independent National Electoral Commission headquarters in Owerri proves that insecurity in the state is politically motivated.

Reacting to the development, GACIY said, “While we expect bandits and their collaborators to continue to pay a heavy price for their recalcitrance, we ask our youths to resist negative peer pressure and gang culture no matter the temptation.

“We praise our gallant officers of the Nigeria Police Force and sister agencies for foiling Monday morning’s attack on the state headquarters of the Independent National Electoral Commission along Port Harcourt Road, Owerri.

“In the encounter, three armed assailants who charged at the INEC facility, perhaps hoping to reenact the Owerri Prison break of Easter Monday 2021, perished at the hands of our battle-ready officers while one assailant was captured alive.

“This feat destroys the myth of invincibility around gunmen who put their trust in voodoo, amulets and cannibalism. We believe that had this attack succeeded, citizens’, not to mention voters’, confidence would have been badly tempered. Thanks to our heroic officers, it did not.

“Further, we stand with INEC at this hour and urge her to remain resolute and resist every attempt to subvert the elections.”