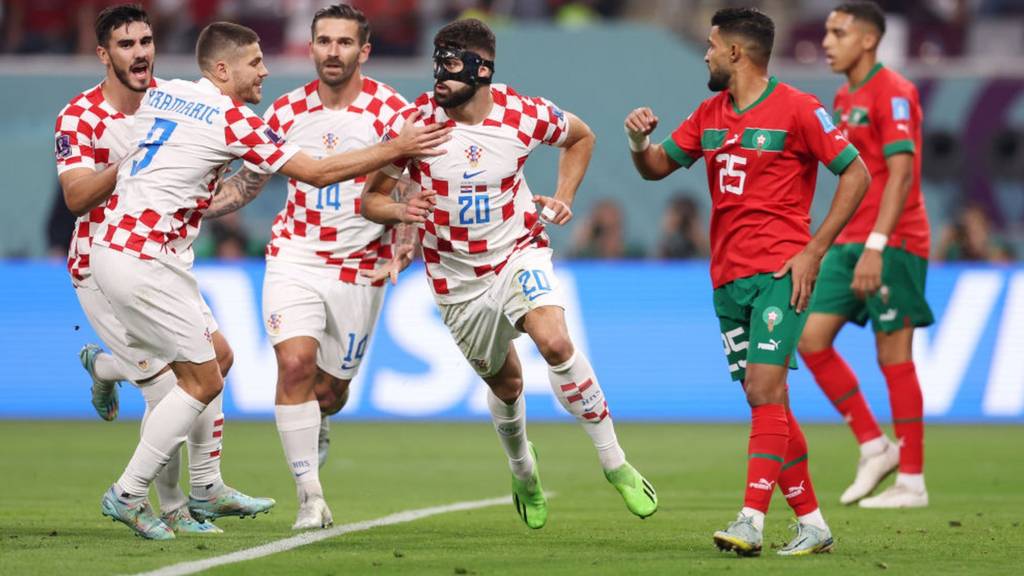 Croatia ended their 2022 FIFA World Cup (FWC) campaign on a high, defeating the tournament’s surprise package Morocco to finish third for the second time in their short history.

Given that 10 of the previous 11 FWC third place play-offs had seen at least three goals, a repeat of the 0-0 stalemate between these sides during the group stages appeared unlikely. With just seven minutes on the clock, that hypothesis proved correct, as Croatia took the lead via a cleverly-executed set-piece routine. A lofted free-kick was nodded on by Ivan Perišić, allowing Joško Gvardiol to cap off an impressive tournament with a goal from a diving header.

A European side had previously taken bronze in each FWC edition since 1978, yet having proven a handful for several European heavyweights thus far, Morocco were evidently eager to break that streak, instantly responding to going behind. Another set-piece was flicked on, this time inadvertently by Luka Modrić, permitting Achraf Dari to head home from close range. Both sides displayed plenty of attacking endeavour throughout the first period, but with HT approaching, Croatia restored their lead. Following some patient play from Zlatko Dalić’s side, Mislav Oršić curled an exquisite first-time effort beyond Bono’s outstretched glove, clipping the far post on its way in.

Croatia took control of proceedings after the restart, but as the hour mark ticked past, the African outfit remained in the contest. However, there was no respite for the depleted Moroccan squad as they suffered yet another defensive injury, and their opponents looked to take advantage. A justifiable penalty claim from Gvardiol was bafflingly waived away at one end before Youssef En-Nesyri was denied at the other by Dominik Livaković.