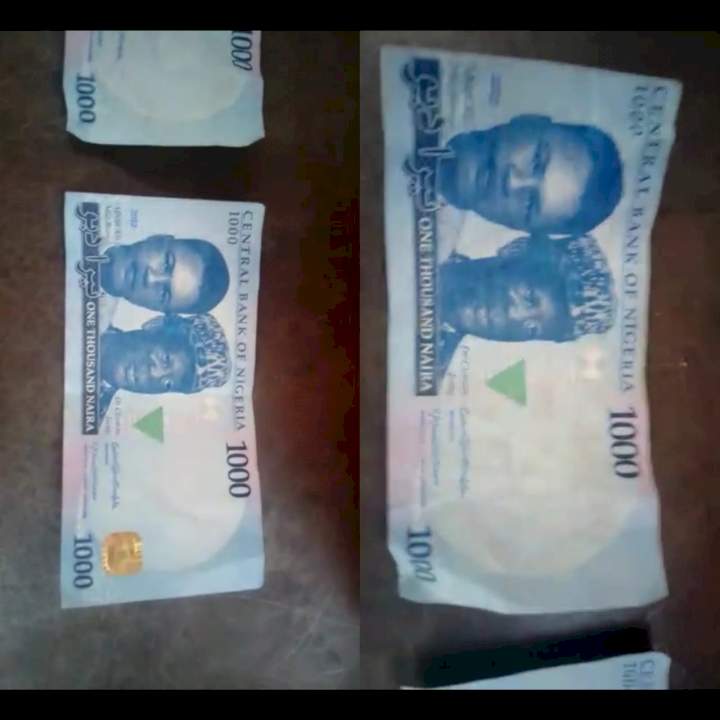 Few days after the Central Bank of Nigeria, CBN, released the redesigned naira notes in the denominations of N200, N500 and N1,000, fake copies of the new N1000 naira notes have been released into the economy.

A mobile money and bank agent in a video disclosed this saying that a customer performed a bank transaction through his wife’s Point of Sale (PoS) using the fake copy of the redesigned N1,000.

He went ahead in the video to show the difference between the fake and original redesigned N1,000 note.

According to him, the original note has a gold seal at the bottom of the right hand side of the note and the seal cannot be erased when scratched.

While the old one doesn’t have a gold seal at the bottom of the right hand side of the note close to the signatures.

Recall that the CBN released the redesigned naira notes on the 15th of December,2022.
However, the banks are still making payments with the old denominations. They complained that the quantity of the new notes cannot go round the economy. Hence the need to release it in bit alongside the old notes.