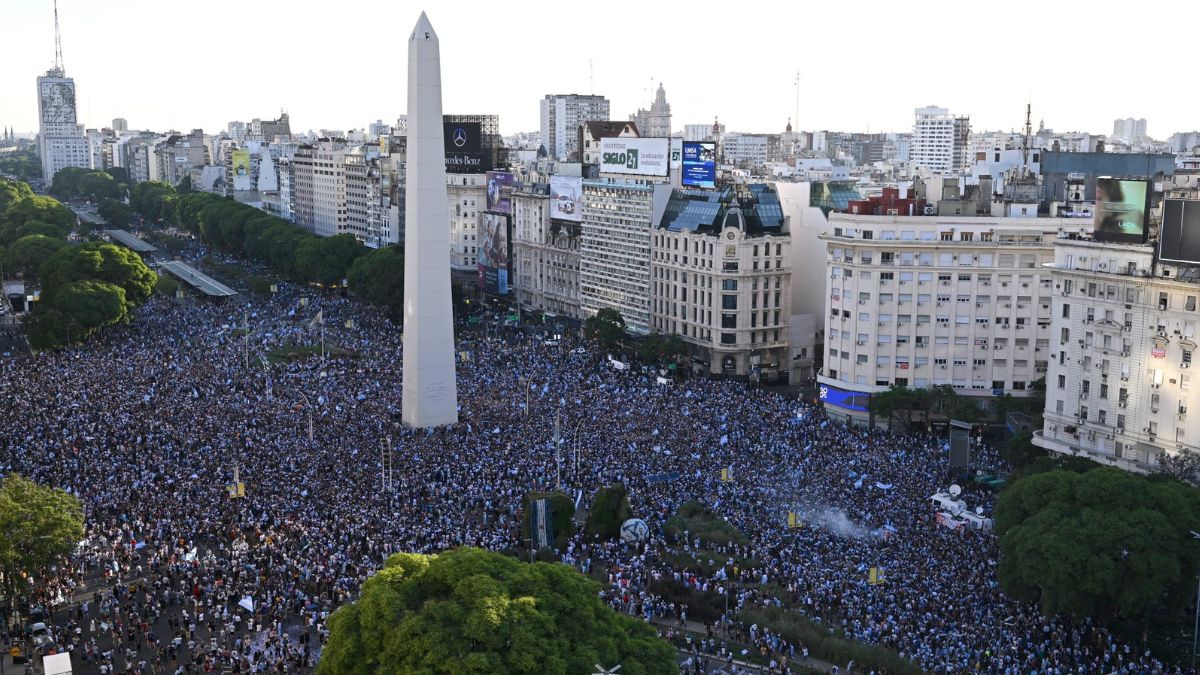 More than a million Argentines crowded the streets of Buenos Aires as their unexpected World Cup victory prompted a wild night of celebrations across the country.

Fans were jubilant as the South Americans were crowned world champions for the first time since 1986 following a nail-biting victory over France on penalties in the World Cup final.

Argentina, spearheaded by Lionel Messi, won its third World Cup after defeating France, the defending champions, 4-2 on penalties after drawing 3-3 in extra time, in a nail-biting contest played in Lusail Stadium in Qatar in front of over 88,000 spectators.

“I can’t believe it! It was difficult, but we did it, thanks to Messi,’ said Santiago, 13, celebrating the victory with his family in front of the Buenos Aires house that had belonged to late soccer icon Diego Maradona, who led the team in 1986.

Millions of Argentines flooded the downtown area of Buenos Aires and other famous locations shortly after the victory, carrying flags, hats, and the nation’s trademark blue-and-white jerseys.

Following yesterday’s thrilling match, pictures from the celebration show the fans hugging, crying, and climbing the Obelisk and street lights.

In one video, a supporter can be seen hoisting the national flag from the top of the Obelisk in the city’s Plaza de la Repblica. Then, when the camera pans out, it reveals the throngs of supporters swarming the streets below.

Different parties erupted in other parts of the nation.