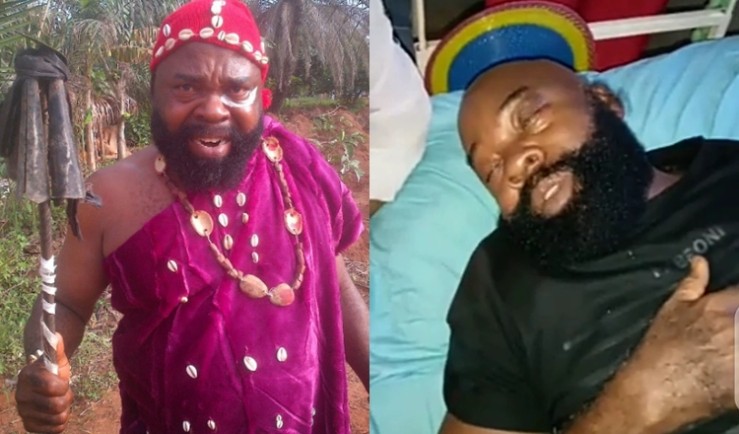 Nollwood veteran actor, Emeka Ani has once again cried out for help over a serious illness he is currently battling.

However, the ailing actor has revealed that he needs to undergo yet another surgery following an eye problem that could lead to blindness if remain untreated.

Ani made the appeal in a video posted on his colleague, Muonago Collins’ Instagram page on Sunday.

Collins noted that Emeka Ani reached out to him last week and explained his plight.

According to Collins, Ani was diagnosed with glaucoma, a condition of increased pressure within the eyeball, causing gradual loss of sight.

Speaking in the video, Ani said: “There was a growth around my eyes, if you look at it very well you’ll see the growth coming to the black spot and if care is not properly taken, it might result to blindness.

“So I want to plead with you once again my brothers and sisters to kindly help me so I can be taken abroad for proper medication and surgery.

I have gone to so many hospitals here in Nigeria but to no avail. Please kindly help me so I can make use of my sight once again.”

The Issakaba actor first pleaded for financial support in February 2020 after undergoing his first surgery.

In October 2022, his colleague Yul Edochie posted another video of the actor soliciting financial support on Instagram.

In the video, Emeka, who revealed that he was diabetic, said that he had been sick since December 2020.

He also said that he had undergone a surgical operation but could not heal because of the diabetics. Emeka also added that he suffered a partial stroke the surgery.