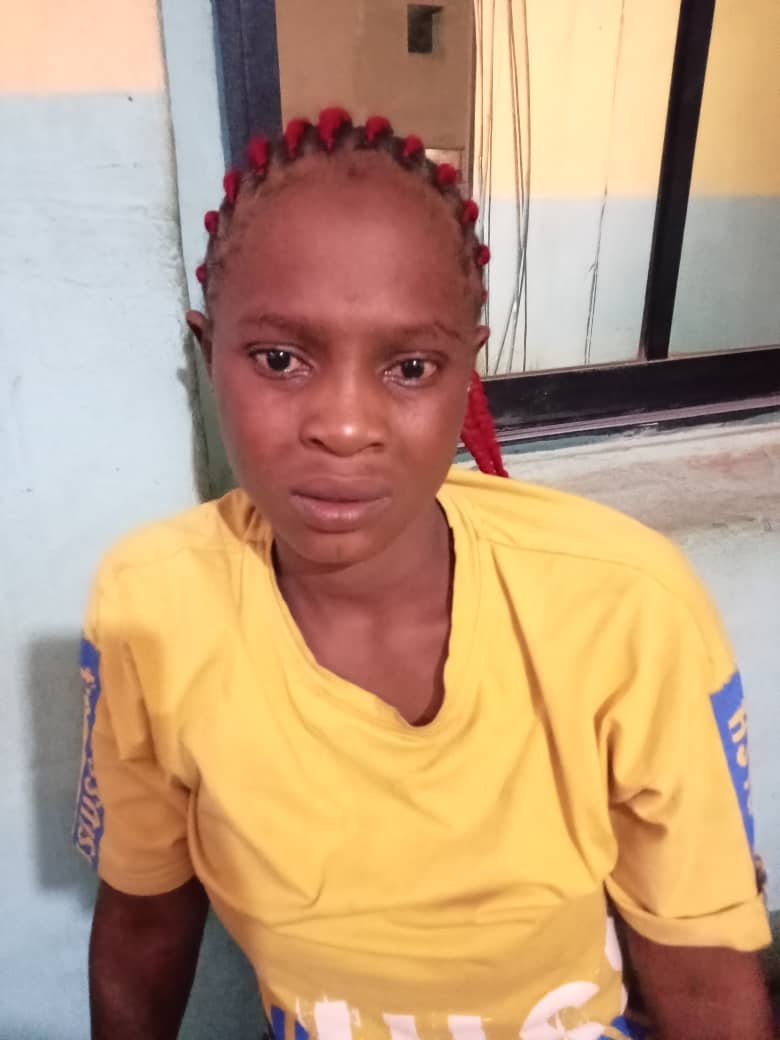 The police in Ogun State have arrested a 27-year-old woman, Mariam Ayila for allegedly kidnapping a 13-year-old girl, Sofiat Yusau.

The suspect was arrested following a report lodged at the Agbara divisional headquarters by one Ismail Yusau.

The police spokesman in Ogun, Abimbola Oyeyemi, said the complainant had told the police that he had sent his daughter on an errand to Agbara market, saying he later received a strange call a few hours later from an unknown person that his daughter had been kidnapped.

The complainant said the abductor demanded a sum of N250,000 as ransom to free the victim, the police spokesperson stated.

According to Oyeyemi, the DPO of Agbara Division, CSP Abiodun Salau, had mobilized crack detectives, who he said embarked on a technical and intelligence-based investigation.

“Their efforts yielded positive results when the suspect was traced to her hideout at Atan-Ota, where she was promptly arrested and the little girl was rescued unhurt. Preliminary investigation revealed that the suspect had earlier kidnapped another young girl at Itele Ota on the 19th of December 2022, with ransom paid to her before she released her victim,” he said.

According to him, the suspect has been handed over to the Anti-kidnapping Unit of the state CIID for further investigation and prosecution on the directive of Commissioner of Police Lanre Bankole.