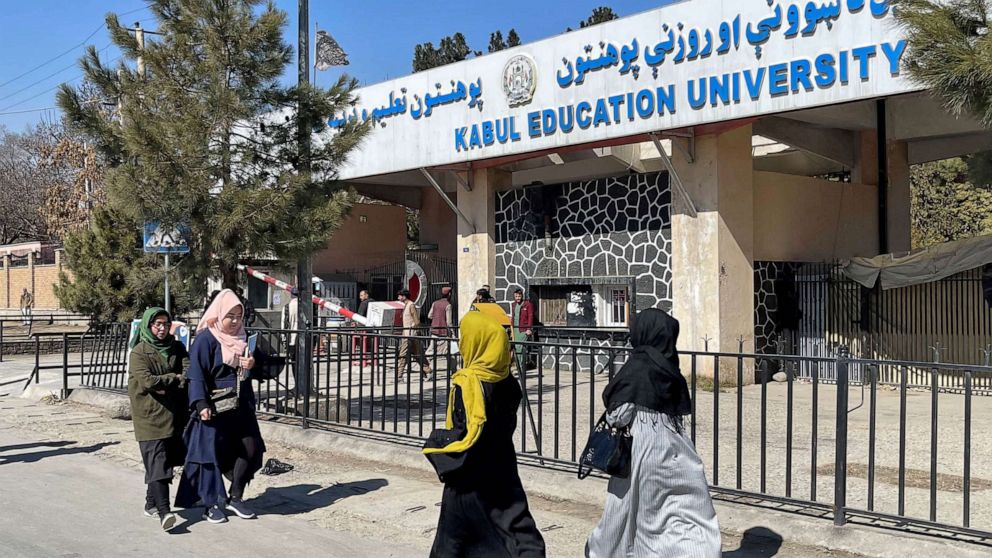 The Taliban have taken a new decision to ban all female students from universities across Afghanistan.

Following a meeting of the Taliban leadership, universities received a letter from the regime’s higher education ministry ordering them to immediately cease admitting female students until further notice.

The Taliban reassumed control of Kabul last August, as western forces brought a hasty end to their decades-long presence in the South Asian country.

Returning to power after 20 years, the hardline clerical regime sought to insist that it would take a softer and more modernised approach to women’s rights and other areas of key concern to Afghanistan’s citizens and the international community, which has not officially recognised the de facto administration.

A change in policies on women’s education is among the key demands by foreign governments, including the United States, in order for them to consider formally recognising the Taliban-run administration, which is also subject to heavy sanctions.

The Taliban has also restricted women from most employment, and has ordered them to wear head-to-toe clothing in public. Women are also banned from parks and gyms.

Confirmation of the university restrictions came on the evening of a UN Security Council session on Afghanistan, at which delegates were told that the closure of schools had “undermined” the Taliban administration’s relationship with the international community.

“As long as girls remain excluded from school and the de facto authorities continue to disregard other stated concerns of the international community, we remain at something of an impasse,” said UN secretary-general Antonio Guterres’s special representative for Afghanistan, Roza Otunbayeva.

Both Britain and the US were among those to condemn the decision, with Washington’s deputy UN ambassador Robert Wood saying: “The Taliban cannot expect to be a legitimate member of the international community until they respect the rights of all Afghans.”

The announcement came as many university students were sitting end of term exams. One student’s mother, who asked not to be named for security reasons, said her daughter called her in tears when she heard of the letter, fearing she could no longer continue her medical studies in Kabul.