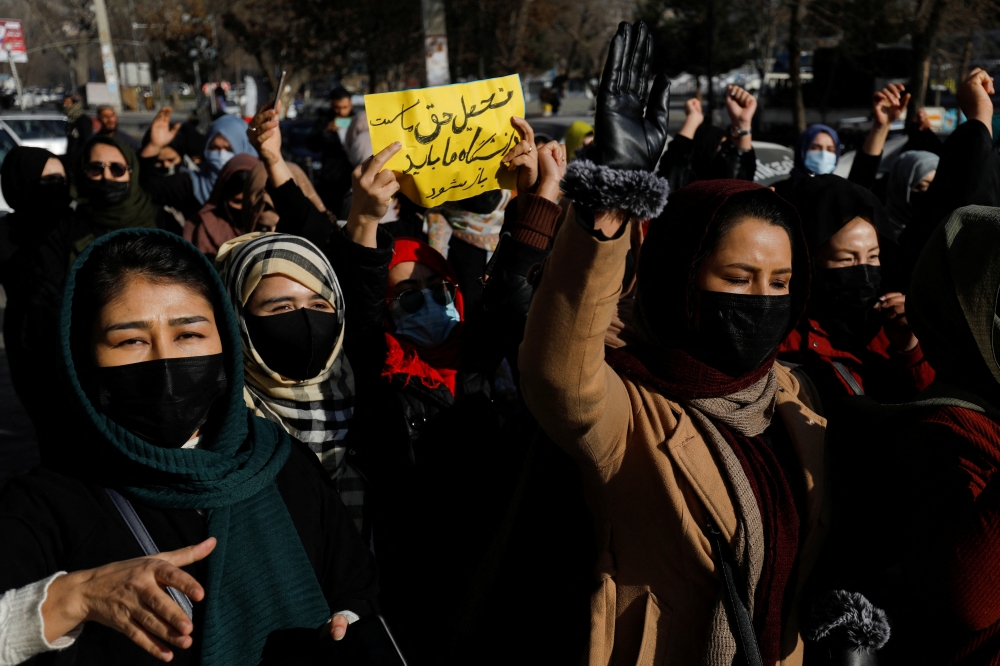 Dozens of women march on a street in western Kabul on Thursday, December 22, to protest a ban by the Taliban-run administration on women from tertiary education.

The decision to bar women was announced on Tuesday, December 20, evening in a letter to universities from the higher education ministry, drawing condemnation from foreign governments and the United Nations.

Around two dozen women dressed in hijabs, some wearing masks, could be seen raising their hands and chanting slogans as they marched through the streets.

Women-led protests have become increasingly rare in Afghanistan since the Taliban took over the country last August, after the detention of core activists at the start of the year.

The women had initially planned to gather in front of Kabul University, the country’s biggest and most prestigious educational institution, but changed locations after the authorities deployed a large number of security personnel there.