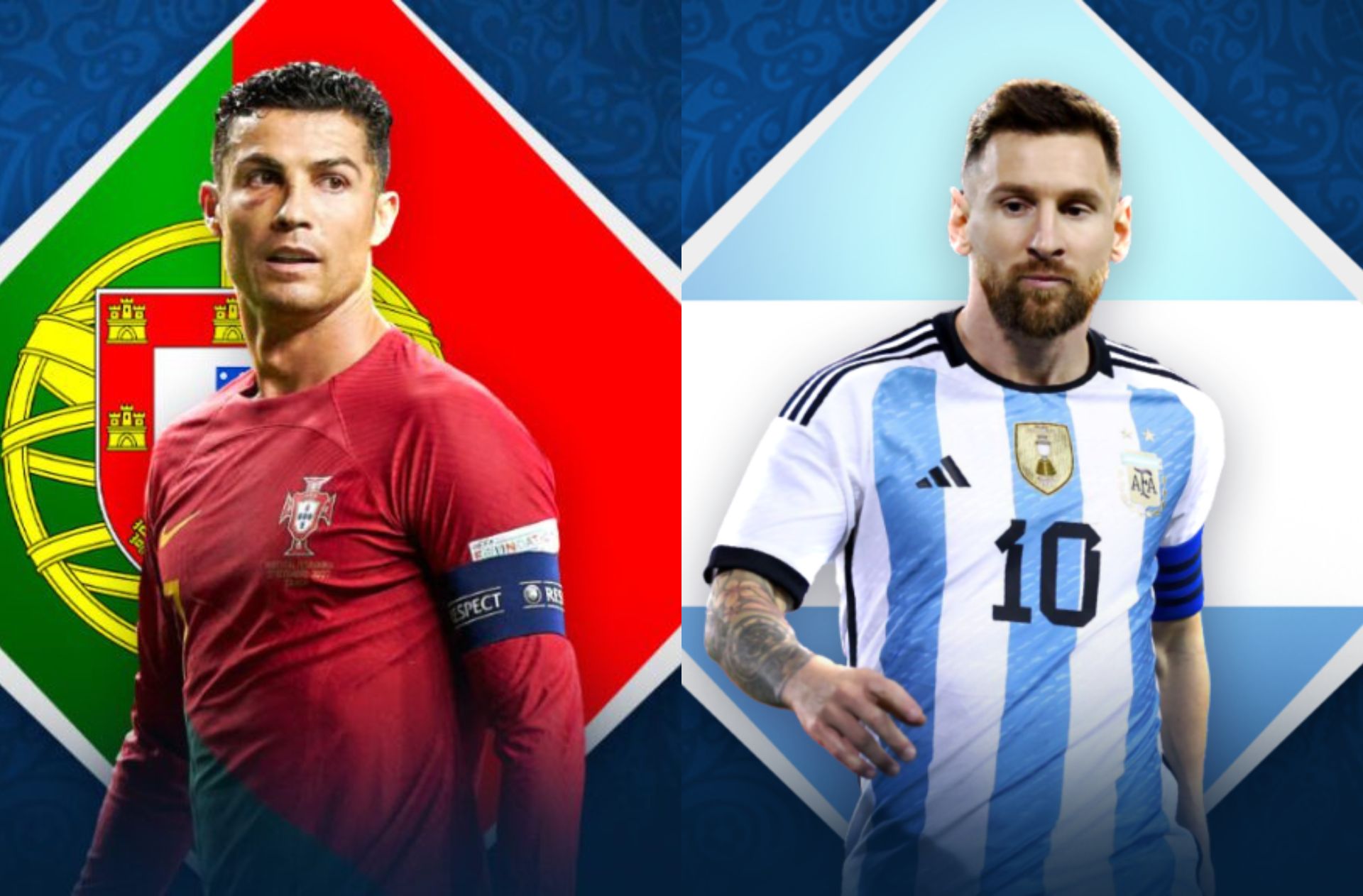 Many football fans in Nigeria, especially those with more interest in Paris Saint-Germain superstar, Lionel Messi and Portuguese football icon, Cristiano Ronaldo have expressed their opinions over who is the greatest man to have played football on earth.

This has been one of the debates seen in the soccer world as the two superstars have dominated the round leather game for over a decade.

However, many observers insisted the two players needed a World Cup title to cement their status alongside the likes of Pele and Diego Maradona.

And in Doha on Sunday, the debate appeared to have tilted to a particular direction after Lionel Messi captained Argentina to success in the just concluded 2022 FIFA World Cup.

Messi led Argentina to the final of the World Cup which they won beating France 4-2 on penalties.

Meanwhile, another debate arose before, during and immediately after the final match and this time it was about who was the best player in the World Cup between Messi and his Paris Saint-Germain team-mate, Kylian Mbappe.

But that debate was swiftly erased after Messi won the trophy and went on to win the Golden Ball, an award given to the best player of the tournament.

To many football fans, the debate about who is the greatest footballer in history has been put to rest following Messi’s achievement in Qatar but to others, nothing has changed.

Argentina shockingly lost their first game of the 2022 tournament to Saudi Arabia after which they won the rest of their matches against Poland and Mexico to move to the round of sixteen where they beat Australia 2-1 to move to the Quarter-finals. There they beat the Netherlands on a penalty shootout The South Americans then beat Croatia 3-0 in the semi-final to move to the final which they also won on penalties.

Messi’s life-time’ rival, Ronaldo, on the other hand, could not do much or was not allowed to do much to help Portugal in Qatar. The 37-year-old could only find the back of the net just once in the three group stage game he started. The former Real Madrid goal-machine was dropped on the bench for their round of sixteen 6-1 win over Switzerland as Coach Fernando Santos preferred Goncalo Ramos to lead his attack. The former Juventus and Manchester United hitman suffered similar fate in the quarter-final where they were knocked out by Morocco.

Having won every trophy available in the game of football, including the most coveted World Cup trophy, many people, including Manchester City boss, Pep Guardiola, feel Messi has cleared all reasonable doubts.

Guardiola described Lionel Messi as the Greatest Of All Time (G.O.A.T), placing him ahead of Diego Maradona, Di Stefano, and Pele as the best players in history.

Not even mentioning Ronaldo, Guardiola feels that those who choose Maradona, Di Stefano, and Pele do so for “sentimental” reasons.

But Barcelona legend, Andres Iniesta, insisted Messi’s World Cup success will not settle the debate on who is the greatest ever footballer.

Iniesta, who spent over a decade playing alongside Messi at Barcelona, said the 35-year-old’s standing in the game will always be up for debate despite Argentina’s thrilling win against France.

Also, Real Madrid midfielder, Toni Kroos, made a u-turn on his claims over the greatest football of all time (GOAT) after Argentina lifted the World Cup.

Kroos, who played alongside Cristiano Ronaldo in Spain for several years, had previously suggested that the Portugal captain was the best ever.

But, after Messi led Albiceleste to glory in Qatar, the German appeared to have changed his opinion.

As sports pundits, managers and players share their opinion on the unending debate, DAILY POST took the debate to the streets of Abuja and to many sports lovers and fans of the players, nothing has changed.

Asked if Messi’s World Cup success in Qatar has erased the debate, James Obiora said, “For me there has never been a debate on who’s the greatest player ever. That title belongs to Messi. Whether he won the World Cup or not. He is the greatest.”

Fatima Dauda said, “When Ronaldo won the Euro 2016 and European Nations League, did the debate die down? If it didn’t die down then why should it erase now just because Messi won the World Cup on penalty shootout? Ronaldo is the highest goalscorer in the history of football so he is the greatest ever.”

Isa Jibri says, “It’s Messi for me. He has done great things for football. If you follow this man, he does not just score goals but is everywhere on the pitch. Who can match his dribbles and agility? The greatest footballer of all time is Messi.”

Juanita Okon, who works with a betting agency says, “I pick Messi for winning the World Cup. I don’t think there’s any more debate. The debate ended the very moment Messi won the trophy and Golden Ball. Ronaldo’s fans should accept it. It’s over now.”

Adewale Aderabioye says, “I have been a Ronaldo fan all my life and I still feel he is the greatest. But Messi has now achieved more than him by simply winning this trophy. This is the most sought after trophy in football.”