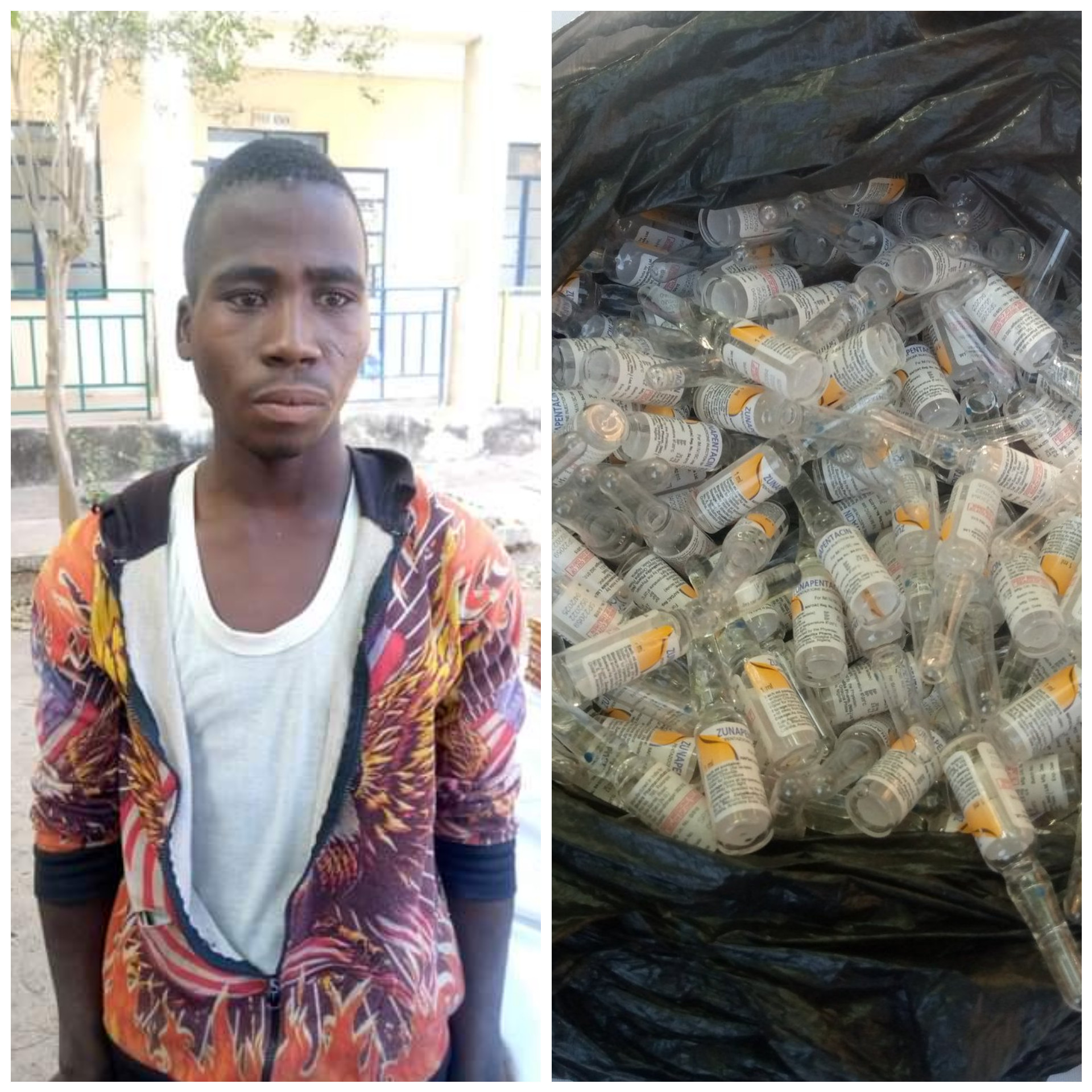 Spokesperson of the command, SP Isah Gambo, in a statement on Wednesday, December 21, 2022, said the dangerous drug is usually consumed by terrorists and bandits before committing crimes.

“On 20/12/2022 at about 1000hrs, based on a tip off, the Command succeeded in arresting one Jamilu Ibrahim, ‘M’, aged 20yrs of Dungun Mu’azu village, Sabuwa LGA, at a Dandume motorpark, in possession of one hundred and ninety (190) pieces of Zunapentacine injections suspected to be a dangerous drug usually consumed by terrorists-bandits before committing crimes, ” the statement read.

“In the course of investigation, suspect confessed to have been sent by one Yako Moboza, a notorious terrorists residing at Kwanar Kura forest, Sabuwa LGA, to collect it from one Habu ‘M’ of Tsamiyar Dilalai Quarters, Kano (now at large) and supply same to him at the above named address. Investigation is ongoing.”