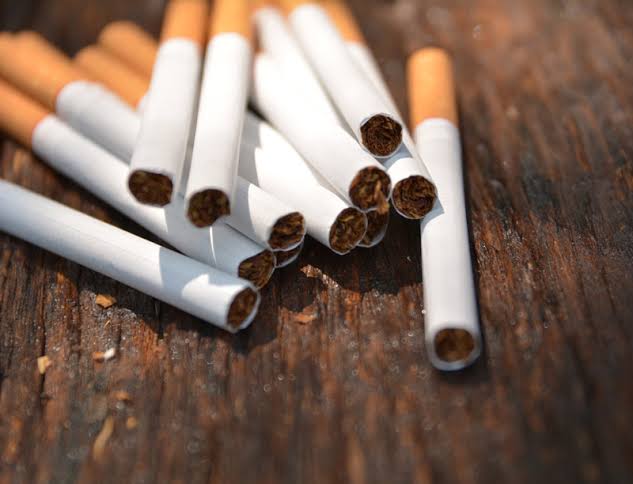 Economic experts have called for a review of the government’s 2022-2025 fiscal policy to save Nigeria’s Tobacco industry from collapse due to heavy taxes.

Also, they stated that businesses in the sector might go moribund in the next three years if the Federal government implements its new tax regime.

The Ministry of Finance, Budget and National Planning conceived the tax proposition and presented it to President Muhammadu Buhari based on a proposal by the Technical Tariff Committee (TTC).

Consequently, the Nigerian government is eyeing over a 125 per cent tax increment on tobacco products in its 2022-2025 fiscal policy.

A situation expert described it as draconian, insensitive and unfair for businesses amid the rising inflation, energy cost, lack of foreign exchange and insecurity. To this end, experts said that implementing the new fiscal regime of stiffer taxes means that more businesses would shut down, leading to massive job loss and further exacerbating Nigeria’s misery index.

They said a forward and progressive nation ought to consider the implication of its policies on the citizenry. Here, Government policy should work for Nigerians, not the other way around.

A comparative analysis with West African countries showed that Nigeria’s tax on Tobacco would rank highest if the new tax regime is implemented, a position that puts the Nation at a disadvantage.

Reacting to the development, Economist and CEO of the Centre for the Promotion of Private Enterprise, CPPE, Dr Muda Yusuf, called on the government to review its policy on the Tobacco industry.

Muda, the former Director of the Lagos Chamber of Commerce and Industry, LCCI lamented the heavy tax burden on investments in Nigeria.

He said President Muhammadu Buhari should not leave a hostile business environment as his legacy to Nigerians.

Muda tasked the National Assembly with the need to pay serious attention to stakeholders’ calls to review the 2022-2024 fiscal policy.

“The tax environment is becoming increasingly hostile to investors and the Nigerian economy.

“This is not good for an economy that desires to attract more investment. An economy that is also expected to create more jobs. If we are not careful, the tax regime will lead to the collapse of many more businesses. And is going to make it difficult for new companies to come on board.

“It is a wrong policy, imposing too much tax pressure on investments. In other parts of the world, what they do to investors is to give them tax concessions to encourage them to produce; after that, they can talk about taxing the profits, VAT.

“But in this environment, there is too much burden on investment. And that is counterproductive.

“My appeal is that the National Assembly should not rush to pass this bill. Should listen to stakeholders and ensure that the views of stakeholders are taken on board.

“Because it is in the long-term interest of the economy to allow investments to grow. If assets are growing, ultimately, revenues to the government will also increase. But if you continue taxing them, you will be killing the investments. Eventually, the income they are chasing will begin to decline.

“So, it is not in the interest of the economy for them to continue in this trajectory, putting a lot of pressure on investors.

“President Buhari should not leave a legacy of a hostile tax environment for businesses as he prepares to disengage next year”, he stated.

On his part, a Tax Expert, Taiwo Oyede of PwC, said the excise duty on Tobacco, beverages and non-beverages was already spelt out in the 2022-2024 fiscal policy measure and Paris amendment order.

“As a matter of good public policy, it will not be wise to modify what is allowed now, except the assumptions underlying them have changed significantly.

“The economic situation as of last year when those rates were agreed can only even deteriorate, not even better because the manufacturers’ expense on diesel alone increased up to 400%, inflation is on the increase, the purchasing power of the people is on the decline.

“Everything suggests that, at best, you retain those rates, not increase them further. The government has considered the submissions and is not going ahead, which is good. But from a medium to long term perspective, the government has always to respect policies they introduced until they have compelling reasons or different assumptions, which they should be willing to explain to the people rather than introduce something arbitrarily”, he said.

The consequences of the New fiscal policy have a tripartite dimension for the government, public and industry.

On the part of the government, increased excise duty will lead to import diversion, the influx of illicit products from lower excise regime countries, and also an increase in smuggling and loss of foreign exchange inflows.

For the public, while acknowledging the health impact of tobacco products on the Nation’s economy, a regulated tobacco industry reduces this impact as it is highly probable for illicit and poor-quality products to be in circulation.

The industry’s implication is that it will encourage unfair competition, loss of market share to illicit imports, and volume and value reduction, resulting in lower-than-anticipated revenue.

It is on this ground that experts beaconed on President Buhari and the National Assembly to save the face of Nigeria’s tobacco industry. This sector could generate over N500bn for the government and create 350,000 jobs that should be preserved.