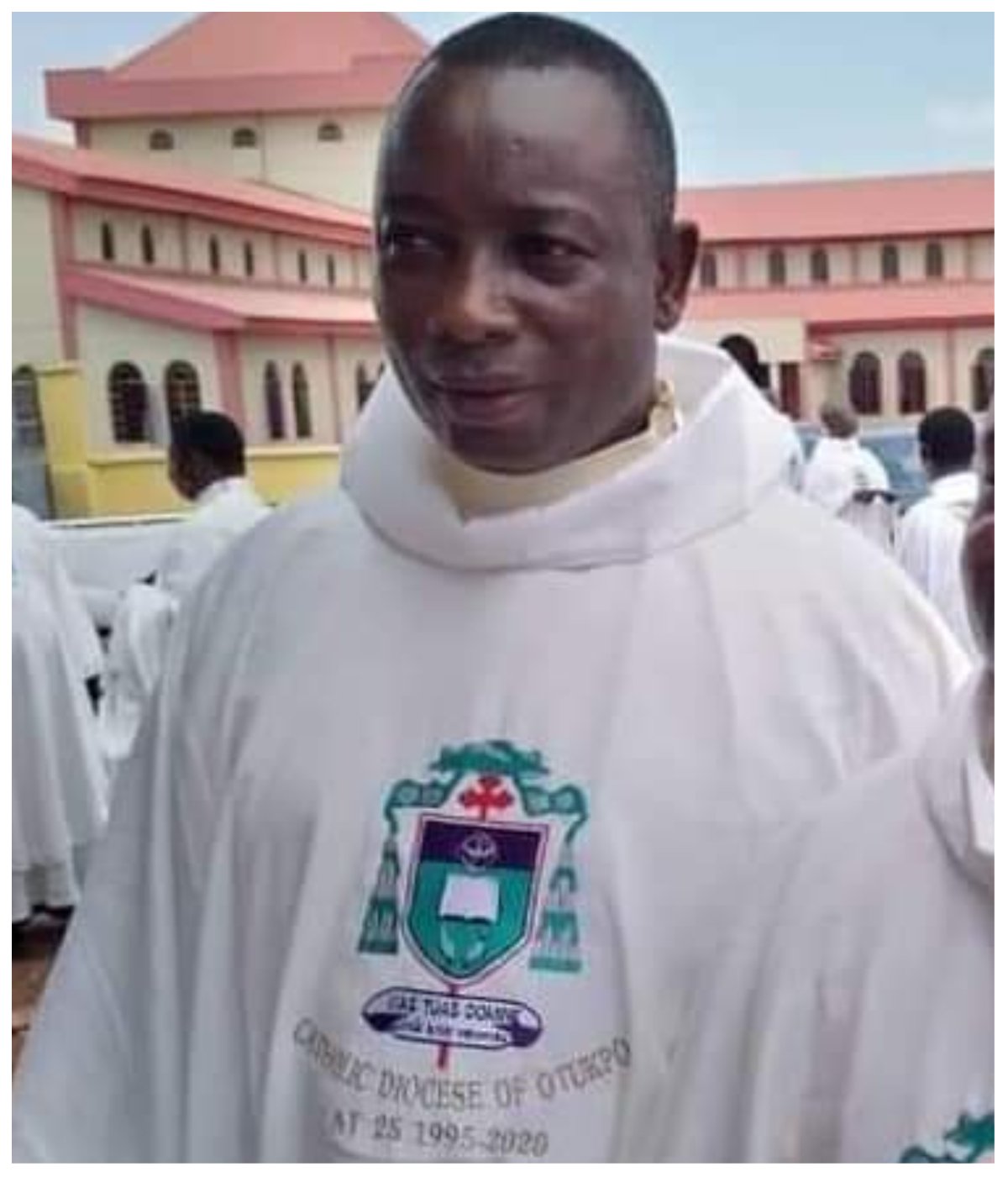 It was learnt that the incident, which happened on Thursday, barely four days before Christmas, had plunged residents of the community into panic.

A statement issued by the Diocesan Chancellor, Rev Fr Joseph Aboyi Itodo, said the Bishop of Otukpo Catholic Diocese, His Excellency, Most Rev Fr Michael Apochi, has called on Christian faithful across the country to pray for the quick and safe release of the priest.

Our correspondent reports that there have been a series of kidnapping incidents in the Benue South Senatorial District since the beginning of the year.

It can be recalled that the late Vicar General of the Catholic Diocese of Otukpo, late Rev Fr John Adeyi, was kidnapped from the same parish in Okpoga in 2016 by assailants who later killed him.

Fr Adeyi’s decomposing body was discovered behind the office complex of Ogbadibo Local Government Education Authority at Otukpa, his home town, in June 2016, by security personnel combing the area.