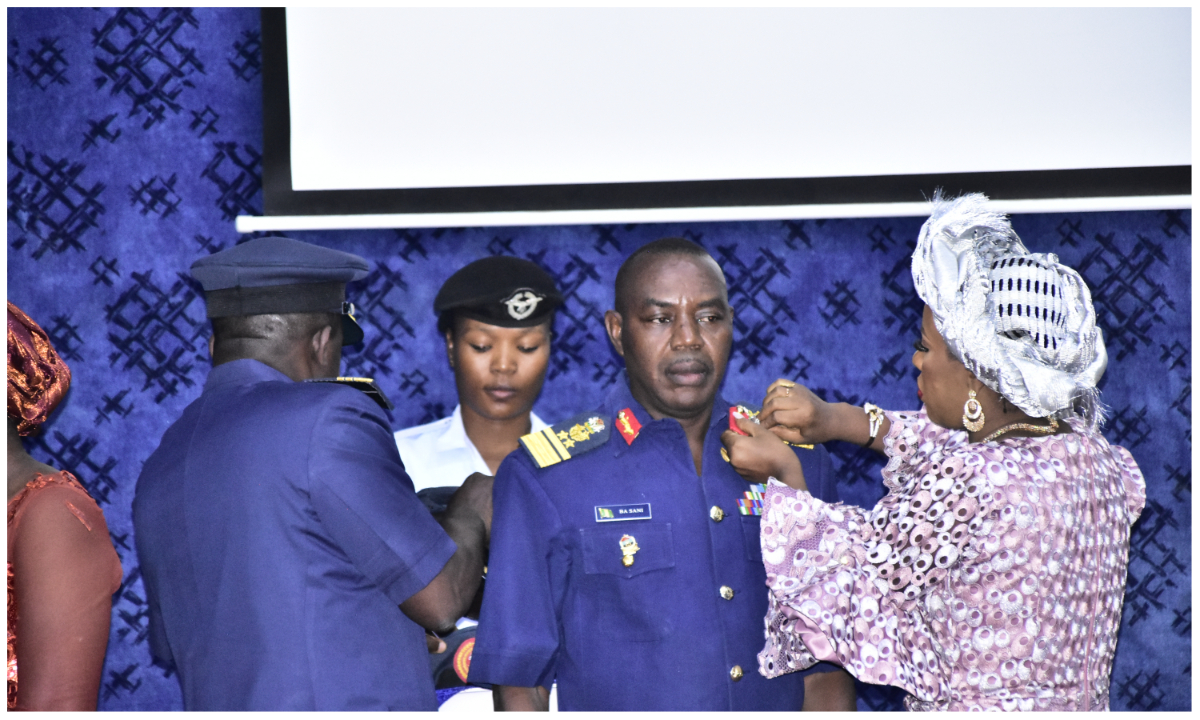 The Nigerian Airforce on Friday decorated 51 senior officers to boost the nation’s fight against insecurity.

The Chief of Air Staff, Air Marshal Isiaka Amao, disclosed this during the decoration ceremony of the newly promoted senior officers in Abuja.

It was learnt that the newly decorated senior officers were 26 Air Vice Marshals and 25 Air Commodores.

Air Marshal Amao disclosed that the promotion was based on merit, productivity and efficiency.

He urged the senior officers to do their best to end Nigeria’s insecurity challenges.

He added that the new status demands more significant contributions from the officers on national security.

“I encourage every one of you to strive to provide your quota to the development of the nation’s security sector”, he stated.

In his remarks as the Special Guest of Honour, the Chief of Defence Staff, Gen Lucky Irabor, reiterated that a lot is demanded from the officers in the fight against terrorism.

“In the coming days, you will be getting to know the responsibilities of your new offices. You have no choice but to meet up with your duties attached to your new ranks”, he stated.

He reassured Nigerians that the fight against insecurity could only improve in the coming years.