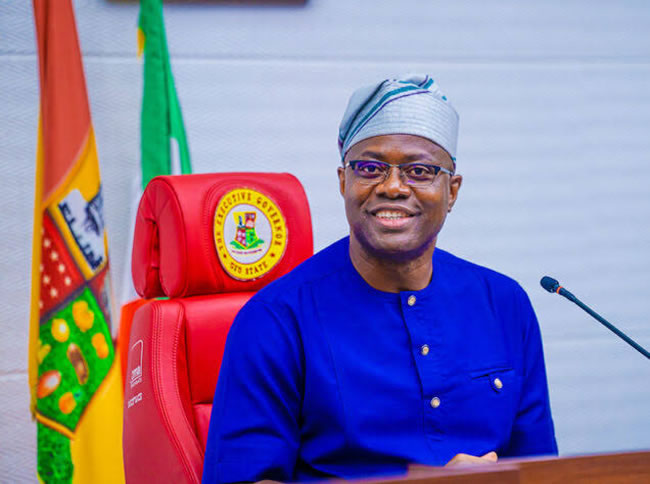 Approval for the payment of N10,000 each to all Oyo State pensioners as a Christmas bonus has been given by the state governor, Seyi Makinde.

It was gathered that the money which is tagged ‘Christmas turkey’ bonus is meant to support pensioners, who have painstakingly served the state to have a good yuletide celebration.

According to Makinde in a statement issued by his Chief Press Secretary, Taiwo Adisa, the payment is coming days after the state government has paid workers and pensioners their December salaries.

The statement titled “Christmas Turkey Bonus,” also revealed that the governor has also given approval for the payment of the 13th month’s salary, which might be made on or before December 31.

Adisa said “His Excellency has approved the payment of N10,000 to all pensioners in the state as a Christmas Turkey bonus. It is a flat rate for all pensioners.

“The bonus is coming days after the state government paid the December 2022 salaries to workers and pensioners.

“The governor had equally approved the payment of the 13th month’s salary, which is expected to be paid on or before December 31, 2022.

“His Excellency wishes that all retirees will enjoy a Merry Christmas.

“The bonus is a token of His Excellency’s appreciation and assistance to our aged and retired citizens, who had served the state meritoriously for decades.”