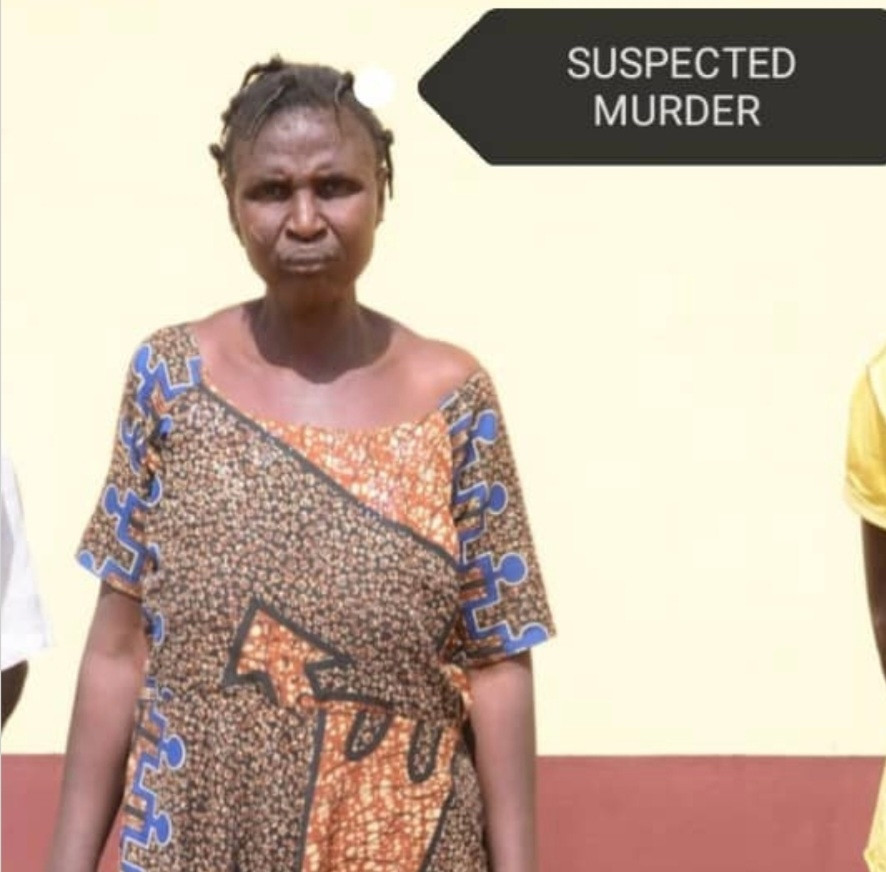 Sarah Abegunde has been arrested by the Ondo State Police Command on suspicion of killing Agatha Dare, her 86-year-old neighbor.

Speaking on behalf of the command, SP Funmilayo Odunlami claimed that Abegunde choked the deceased and pushed her during a scuffle while being paraded among other suspects at the Akure headquarters on Friday, December 23.

“On 18th December, 2022, one Abegunde Sarah ‘f’ aged 50, and Agartha Dare ‘f’ aged 86, both of the same compound were involved in a fight, the suspect Abegunde Sarah pressed throat of Agatha and pushed her, immediately the deceased became unconscious and died on the spot,”

Odunlami also stated that one Ebine Adeleke was arrested for allegedly stabbing a 32-year-old man, Surulere Ajayi to death during a heated argument.

“On 10th December, 2022, a case of murder was reported against one Ebine Adeleke ‘m’ aged 40, at the Police Station. Information has it that the suspect and one Surulere Ajayi ‘m’ aged 32, now deceased ensued in an argument and the suspect became agitated, brought out a knife and stabbed the victim to death. The suspect is currently in Police custody and would soon have his day in court.” the statement added.