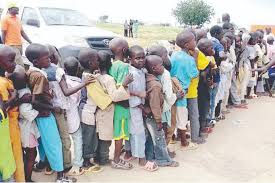 On Sunday in Kaduna, the Executive Director, Mohammed Ali, called for a total ban on the practice.

A bill to establish the commission on Almajiri and other out-of-school children scaled second reading in the House of Representatives last month.

Most of the ‘kid beggars’ are students of Qur’anic schools (Tsangaya) handed over to Islamic teachers by parents and guardians to learn the Qur’an.

Ali stated that street begging is a social, economic and environmental menace which must be discouraged by all.

He urged the government to develop the courage “to act and disabuse the minds of Nigerians who think or believe that Islam approves of begging”.