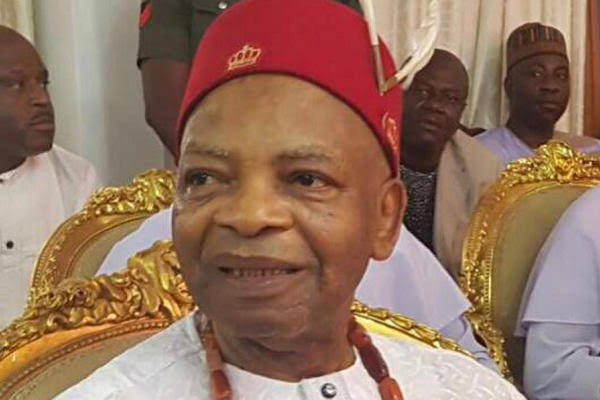 He noted that he advised Obi to wait for next time after listening to him list the number of states he thought he would win.

Anambra billionaire businessman, Arthur Eze has stated that he is not in support of the presidential candidate of Labour Party, Peter Obi and warned him to withdraw when he informed him about his ambition.

Peter Obi has received support and also criticisms after he announced plans to run for the presidency in 2023.

Eze, while speaking at the occasion of the 2022 Ofala festival of HRH Igwe (Dr.) Robert Eze, the traditional ruler of Ukpo in Dunukofia local government area of the State, opined that he warned Obi to drop his ambition, but he wouldn’t listen.

He noted that he advised Obi to wait for next time after listening to him list the number of states he thought he would win.

His words: “I warned Peter Obi to withdraw from this race but he would not listen. I told him plainly that I am not part of his plans. I told him to drop his ambition, and wait for next time.

“When he told me about his ambition, I asked him the states he thinks he can win in the west and in the north – he told me; but I was not convinced. I told him he cannot not win; so that he would not waste his time and money.”