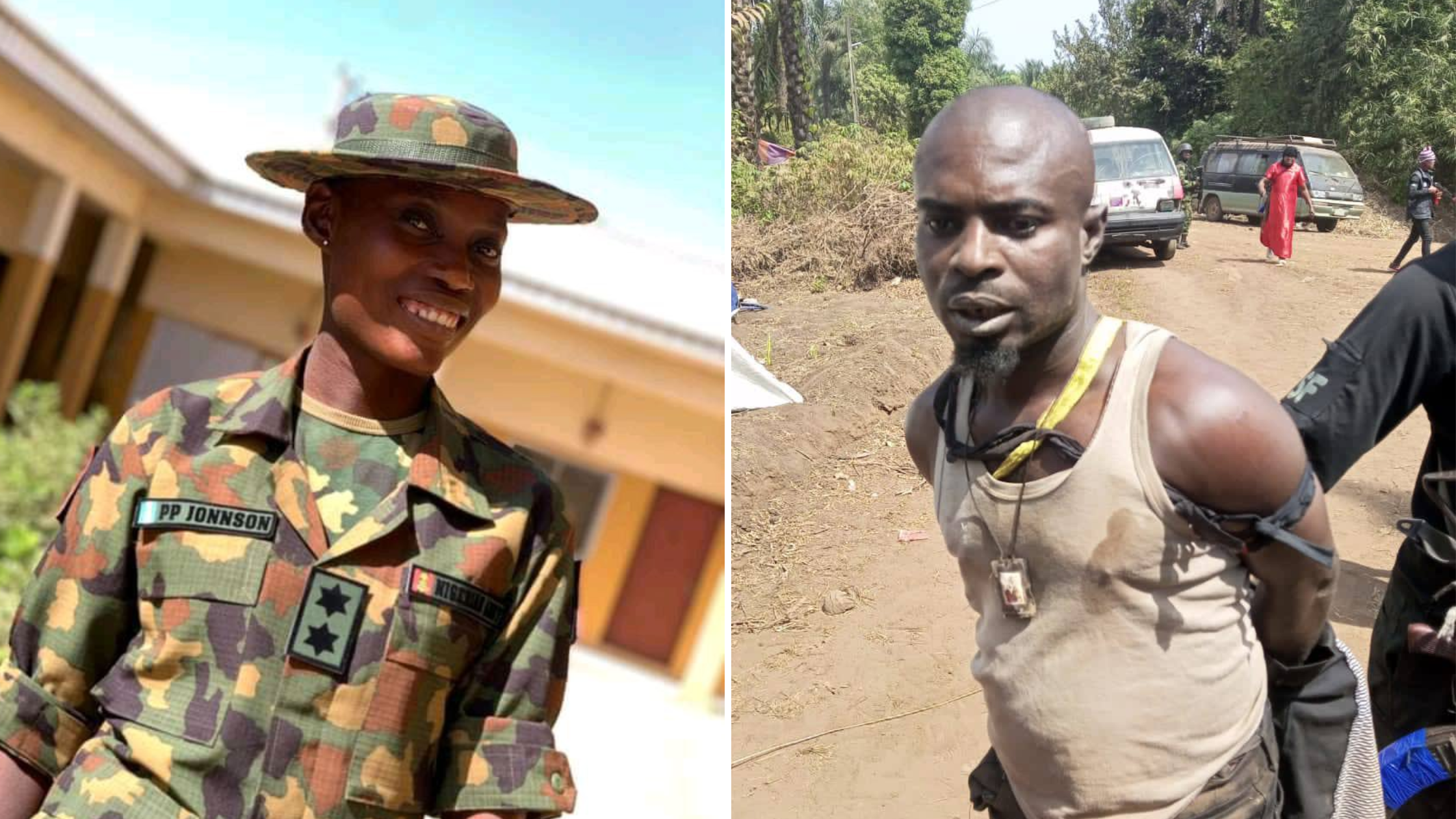 A female officer of the Nigerian Army, P.P Johnson who was reportedly kidnapped earlier by some unknown gunmen, has been rescued.

In a disturbing video seen earlier by Naija News, the gunmen were heard threatening to kidnap other serving military officers from the Southern part of the country.

While assuring that they would kill the abducted officer, the gunmen said they were not members of the Indigenous People of Biafra (IPOB) but just unknown gunmen.

A counterterrorism expert, crime analyst and reporter [@mobilisingniger] who confirmed the development shared photos of the assailants responsible for the abduction of the army officer.

“The Joint Security Forces have rescued LT PP Johnson and also arrested the IPOB/ESN members who kidnapped her moved her to a forest bordering Enugu State and Ihube Okigwe LGA in Imo state. The Joint security forces carried out the rescue op at about 1420hrs of today,” he shared on his Twitter page.

However, the face of the assaulted and mutilated officer where she is being taken to is yet to be made public as of reporting time.

See photos and video clip below: