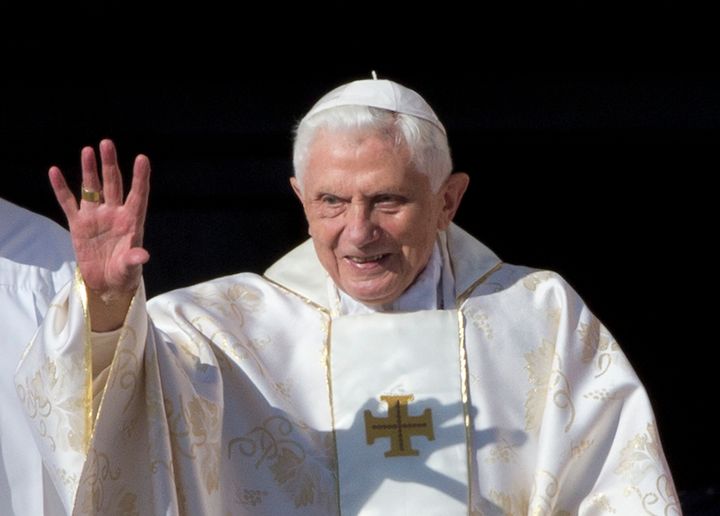 Former Pope Emeritus Benedict XVI has died after a battle with health issues due to his advanced age.

95-year-old Benedict passed away on New Year’s Eve morning inside his home at the Mater Ecclesiae Monastery in Vatican City, just outside Italy.

The Vatican did not provide a specific cause of death … but several days ago the current Bishop of Rome — Pope Francis — publicly stated Benedict was “very sick.”

Benedict’s body will be on display in the church of Saint Peter’s Basilica the morning of January 2 … “so the faithful can bid farewell,” a Vatican official said. Funeral arrangements are expected to be announced in the coming hours.

Benedict was elected pope in 2005, but he stepped down from the papacy in 2013 at 85, citing his old age and fragility. He was the first pope in 600 years to resign from the office. But, he was also the longest-living pope, springboarding over Pope Leo XIII in 2020.

During his tenure, Benedict was best known as a top theologian in the church and was branded “God’s Rottweiler” because of his staunch conservative Roman Catholic beliefs. He was adamantly opposed to secularizing the church, promoting women as priests and “normalizing” homosexuality.

In addition, he took an historic trip to Ground Zero in NYC to pray with the families of the victims who perished during the 9/11 attacks.

After his retirement, Benedict continued to advise his more liberal successor Pope Francis, who had shown an interest in helping the LGBTQ community. In 2016, Benedict’s conservative influence seemed to take hold of Francis, who, suddenly, became a hard-liner on the issue of schools teaching kids they can choose their gender.

“We must think about what Pope Benedict said — ‘It’s the epoch of sin against God the Creator,’” Francis said at the time.

Born Joseph Aloisius Ratzinger on April 16, 1927, Benedict grew up under Nazi rule in Marktl, Germany. He was against Hitler, but, as a teen, forced to join the “Hitler Youth” and subsequently enlisted in the German army. He was sent to the front lines to fight in World War II, but he deserted his post as Germany fell to the Allies.

He returned home and entered a seminary, starting him down the path toward becoming the pope. He was ordained as a priest on June 29, 1951.