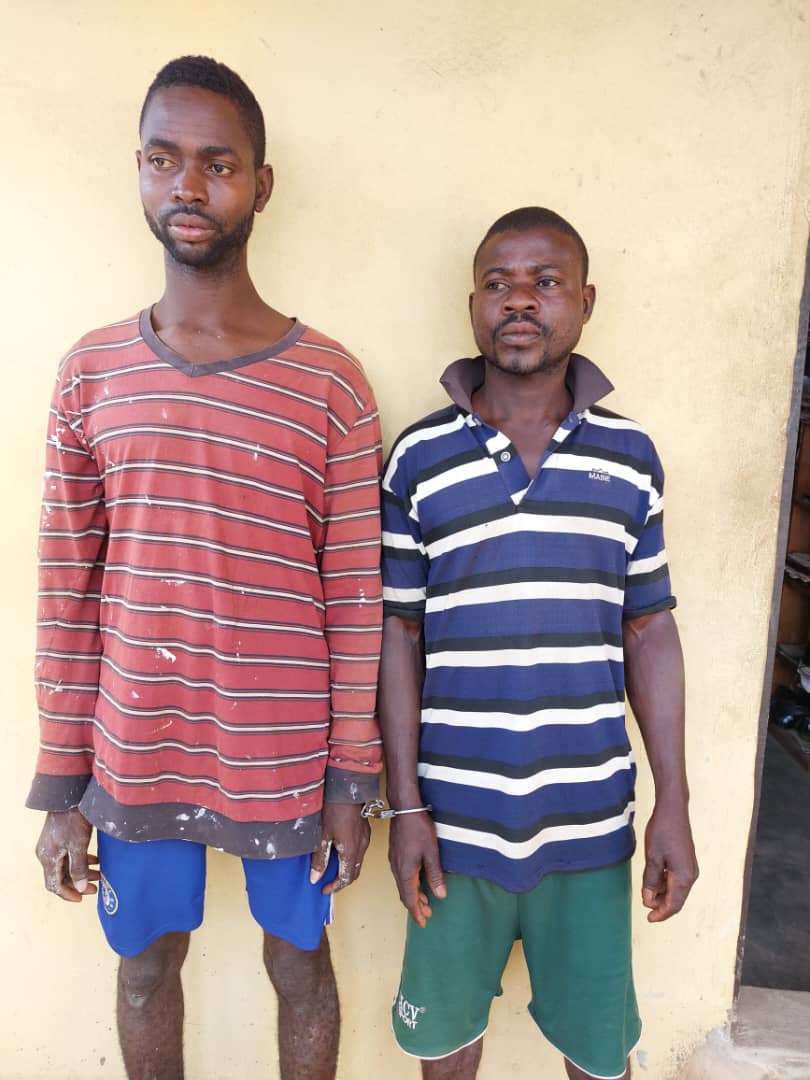 The Ogun State Police Command said it has arrested two brothers, Ayomide Babatunde and Gbenga Babatunde for kidnapping a woman and her nine years old son for ritual purposes.

The two brothers were arrested in the early hours of Friday, December 30th following information received by policemen at Oja odan divisional headquarters that the two brothers were negotiating on phone to sell a human being either in parts or alive depending on how the buyer wanted it for money making ritual.

This was disclosed in a statement issued on Friday by the Spokesman of the command, Abimbola Oyeyemi.

According to Oyeyemi, the supposed buyer, Jacob Olorunto then informed the Baale of the community about the intention of the suspects, and the Baale quickly informed the police.

“The supposed buyer was advised by the Police to play along with them in order to save the would-be victim,” the statement reads.

“On the 27th of December 2022, the suspects called the supposed buyer Jacob Olorunto and informed him that they have two human beings, a woman and her male child for sale.

“They negotiated and settled for six hundred thousand naira (#600,000) as the price for the two persons.

“On the 29th of December 2022, one of the suspects, Ayomide Babatunde went to Ilaro and lured his 45 years old woman friend by the name Taye Oluwole to follow him to Oja odan with her 9 years old son Remilekun Oluwole in order to celebrate New year with his father.

“The woman innocently agreed to follow him, and along the road, they stopped over to pick up the second suspect Gbenga Babatunde. The two suspects from there, took the victim to the Igbo Obe area of Ojo-odan to meet the supposed buyer Jacob Olorunto, but they were surrounded by the policemen with the collaboration of youth in the area by 12:30 midnight, while the woman and her son were rescued.

“The two suspects have confessed to the commission of the crime.

“Meanwhile, the Commissioner of Police has ordered the suspects be transferred to the state criminal investigation department for further investigation and diligent prosecution.”