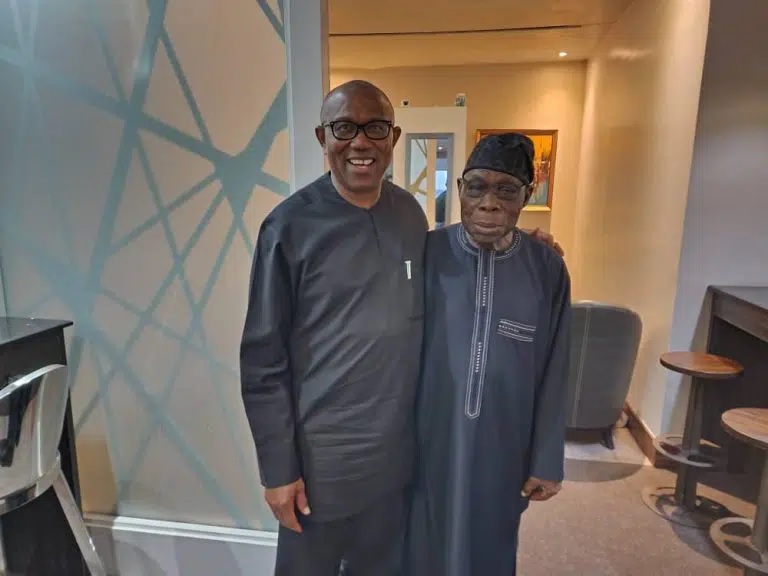 Obasanjo made the endorsement in his new year message, titled, “My appeal to all Nigerians particularly Young Nigerians.”

In the messge he personally signed and made available to newsmen by his spokesperson, Kehinde Akinyemi, Obasanjo described Obi as his mentee, adding that the former Anambra State Governor has an edge in the February 25, 2023 election.

The former president noted that none of the presidential candidates is a saint, but when compared on the knowledge, discipline and what they can offer, Obi has an edge.

“None of the contestants is a saint but when one compares their character, antecedent, their understanding, knowledge, discipline and vitality that they can bring to bear and the great efforts required to stay focused on the job particularly looking at where the country is today and with the experience on the job that I personally had, Peter Obi as a mentee has an edge

“Others like all of us have what they can contribute to the new dispensation to liberation, restoration and salvaging of Nigeria collectively.

“One other important point to make about Peter is that he is a needle with thread attached to it from North and South and he may not get lost. In other words, he has people who can pull his ears, if and when necessary.

“Needless to say that he has a young and able running mate with clean track record of achievement both in public and private life,” Obasanjo said.