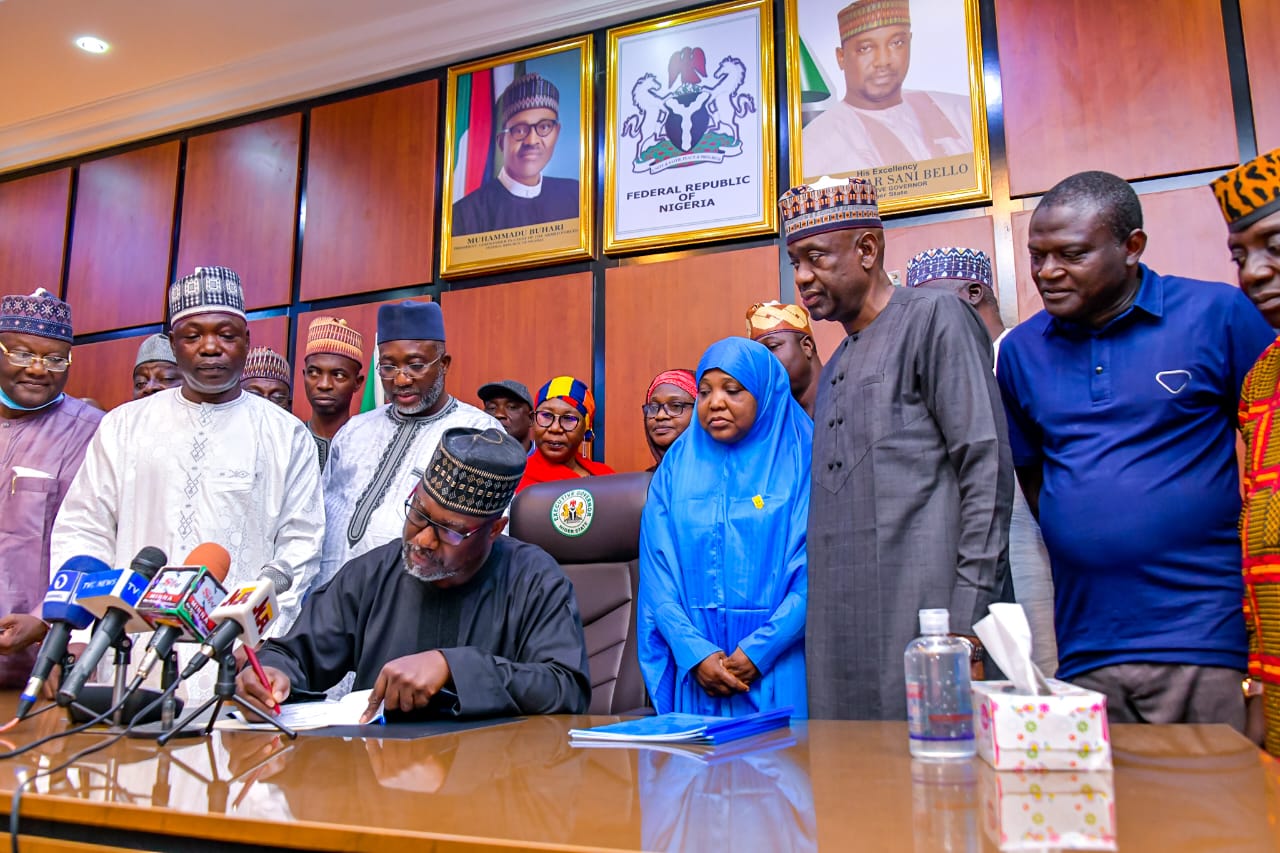 Niger State Governor, Alhaji Abubakar Sani Bello has signed the 2023 appropriation bill, to the tune of over N243 billion, into law.

The bill is N5 billion above the estimate he presented to the state House of Assembly for consideration earlier.

It would be recalled that Bello had, on November 1, 2022, presented over N238 billion budget proposal to the state House of Assembly.

At a brief ceremony at the Council Chamber of Government House, Minna, the governor said his administration is not unmindful of the shortfall of resources but expressed hope that the budget will be for the benefit of all the people in the state.

According to him, “I am optimistic that the 2023 budget if implemented up to 90%, would bring about a better Niger State. This is the last budget I will be assenting to under my administration, the incoming administration might make some changes or maintain what is already approved”.

A sectoral breakdown showed that the Administration had over N9 billion, Economics over N102 billion, Law, and Justice over N1 billion, even as the Social sector gulped over N38 billion.

Bello commended the legislative arm for its continued support of the executive arm, particularly for working tirelessly to ensure the passage of the budget.

“I also appreciate the leadership and members of the State Budget and Planning Commission, all Ministries, Departments, and Agencies (MDAs) for contributing to making sure the budget was passed,” he added.