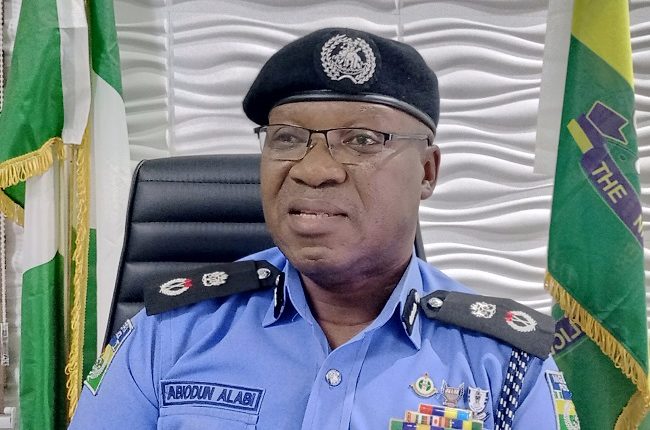 Lagos State Commissioner of Police, Abiodun Alabi has warned against further violence in the state, vowing to deal with any person or group found disturbing the peace of the metropolis, under whatever guise.

This was according to Police Public Relations Officer in the state, SP Benjamin Hundeyin, who stressed that such people “will be decisively dealt with in accordance with the provisions of the law.”

Hundeyin said the warning became imperative following the armed attack on police officers who dispersed an unlawful gathering in the early hours of Monday.

Noting that the command is not averse to people’s right to assembly, association and expression, the PRO said the police would ensure that no one tramples on the fundamental human rights of others.

While avowing not to tolerate the slightest form of assault on its personnel or Lagos residents, the commissioner of police enjoined peace-loving citizens to go about their lawful duties without fear of harassment or intimidation.