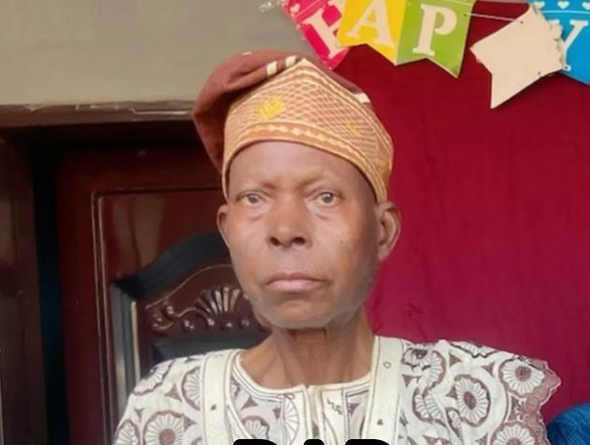 Sunday Akinola, the ace Yoruba actor, popular for his role as Ayo Mogaji in ‘Feyikogbon’, the TV series, has passed away.

He, however, did not disclose the circumstances surrounding his death.

Akinola’s death came a few months after he marked his 80th birthday.

A new version of the programme, produced by Yinka Ogundaisi, later started airing on one of DStv’s Africa Magic channels in 2014.

Akinola featured in the weekly sitcom for over 13 years and became popular as a result of the TV series.

His death also came a few years after he reportedly endured a lingering battle with kidney failure.

In 2019, reports surfaced that he was in need of N30 million to travel abroad for treatment during his battle with the ailment.

At the time, the Ogun-born actor was also said to be battling with hypertension, with many of his fans calling on people to support him financially.

His death further stretches the list of celebrities that have passed away in the past years.