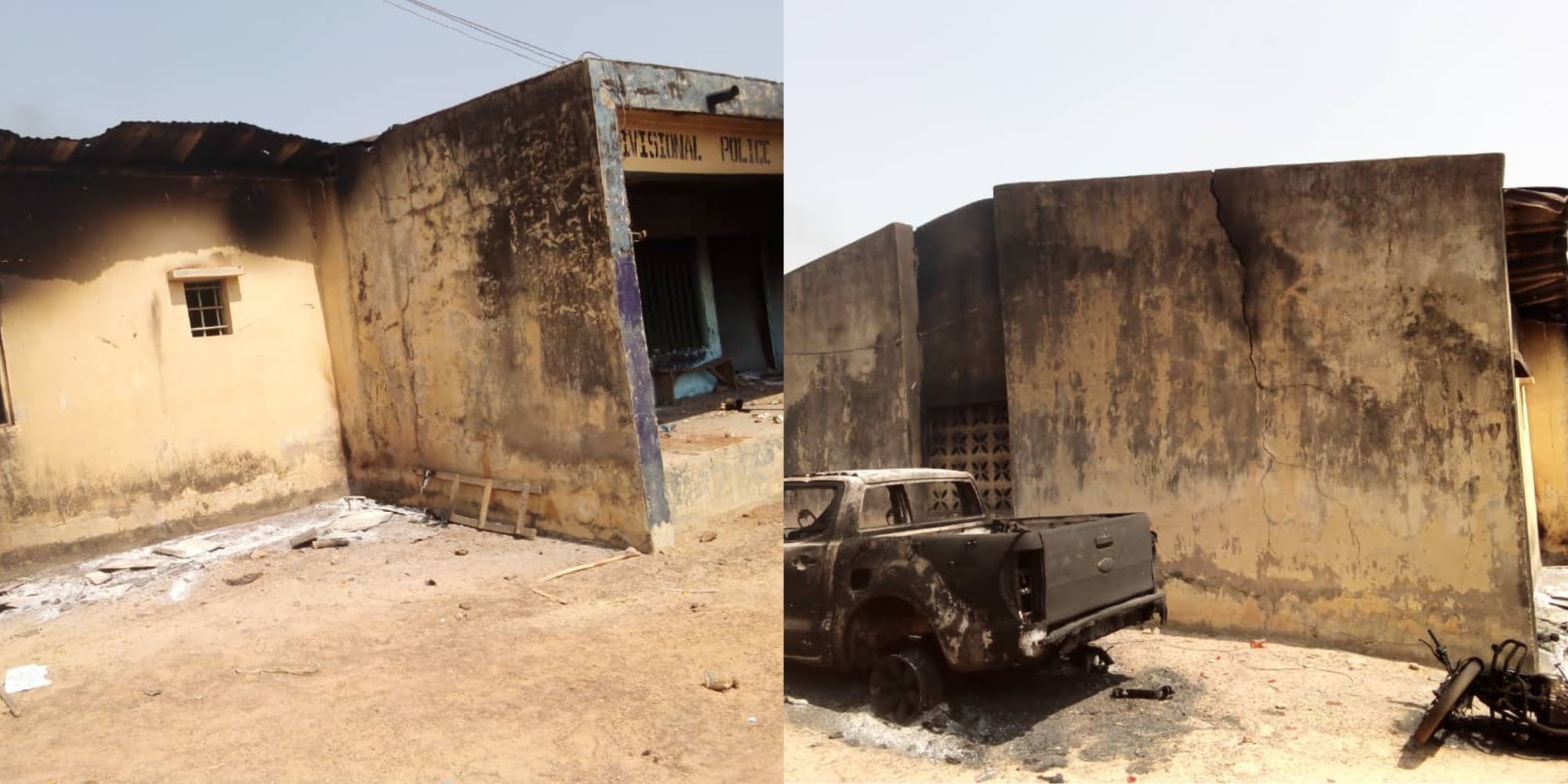 Irate youths of Kaffin-Koro, Paikoro local government area have allegedly burnt down the Police station in protest to the gruesome murder of a Catholic Priest, Rev Father Isaac Achi of St. Peters and Paul Catholic Church by armed bandits, along Daza road, in the area.

It was gathered the youths were angered by the slow response of the police to the cries for help from the people when the gunmen attacked his residence on Sunday morning at about 3am.

It was  learnt that during the protest, cars and houses including the police outpost were burnt even as some persons sustained various degrees of injuries.

Recall that Rev Achi’s house was set ablaze when the bandits failed to gain entrance into his house, the priest also died in the inferno.

Confirming the development in the area, the state Commissioner for Internal Security and Humanitarian Services, Emmanuel Bagna Umar said though, the state government is pained by the incident, nobody has the right to take laws into his or her for whatever reason.

The commissioner stated that the state government will not allow any obstruction to law and order as it is doing its best to ensure the security of the lives and property of citizens of the state.

According to him,” since the incident happened on Sunday, you have seen the commitment of government that is why we are calling on communities to support the government in riding the state of bandits and not to take side by vandalizing government property”

He insisted, “violence has no place in our communities, we understand the times and trend we are leaving in. No man on this land is permitted to take laws into his or her hands. The same way we go after bandits is the same way we will go after whoever takes laws into his or her hands because we have the responsibility to protect the lives of everyone”.

Umar also added that a security team has already been dispatched to Kaffin-Koro to do an on-the-spot assessment of the situation, especially the remote cause of the violence outbreak by the youths.

Also, the state Police Public Relations Officer, PRO, DSP Wasiu Abiodun confirmed the burning down of the police station in the area by angry youths, saying it was because of the poor response in rescuing the Catholic Priest.

“They are angry that the police could come on time to rescue the Rev Father and this is because his house is about one kilometre from the police station. Before they could mobilize and get to his place to engage the assailants, they had already run away from the scene, when they saw the police coming”.

He added, “another problem was that there was no water close by to quickly put out the fire when the police got there to save the Priest”.