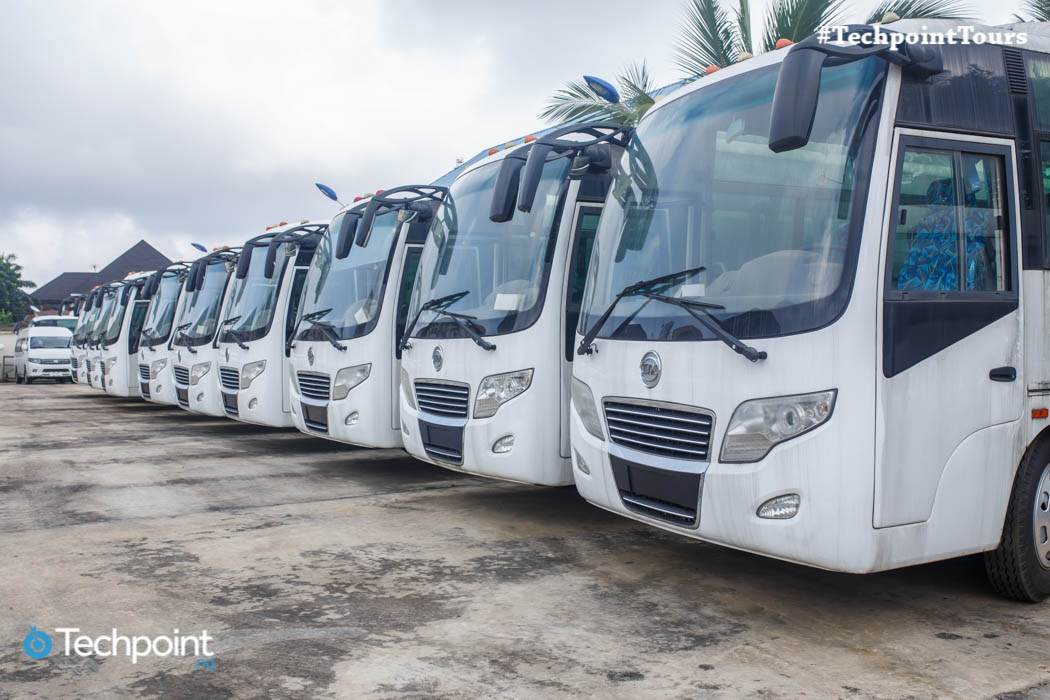 The News Agency of Nigeria (NAN) has demanded the immediate replacement of a new bus supplied to the agency by Innoson Vehicle Manufacturing Company Limited.

The demand was made in a letter the agency despatched to Innoson even as it expressed regrets over the patronage of Made-in-Nigeria vehicles.

” Following the failure of your organization to meet our demands for the evacuation and replacement of the faulty 30-seater bus(IVM6751)supplied to the News Agency of Nigeria (NAN)within seven (7) days of the receipt of our letter dated January 6, 2023, we have been left with no choice but to return the vehicle to your premises.”

NAN reported that this was the second time the Agency would be rejecting the company’s vehicles due to either noncompliance with specifications or mechanical fault.

In line with the Buhari administration’s admonition to patronize local industries, the agency had some time in 2021 approached the motor vehicle plant to supply it with a 30-seater bus for its workers.

Trouble, however, started when the company on Nov. 16, 2021, delivered a 30-seater bus that was not in line with the specifications it reached with the Agency.

The agency promptly rejected the bus and directed its solicitors to demand a replacement in line with the agreed specifications.

In its Feb. 1, 2022, letter to Innoson through its solicitors, the agency demanded a replacement within 14 days or face legal action.

Responding to the threat, Innoson in a letter dated Feb. 14, 2022, apologized to NAN for the inconvenience it had caused the Agency.

”We want to use this medium to apologize to your client (NAN) for any inconvenience that they may have experienced due to their complaint,” the letter signed by a Director, Jonas Ojukwu, said.

Ojukwu, who in the letter claimed that his company does not sell refurbished vehicles, promised to replace the rejected vehicle.

”We will bring in a replacement brand new Innoson 30-seater bus to your client (News Agency of Nigeria) before the fourteen (14) days that you stated from the date of receipt of your letter and we shall retrieve the one supplied before now.

”We want to assure you that our business relationship will not be thwarted by any form of dissatisfaction for our desire is to serve our customers to the best of their satisfaction, ” Ojukwu stated.

In spite of the assurances in Ojukwu’s correspondence, the replacement vehicle delivered to NAN on April 8, 2022, only worsened the agency’s transportation woes as it was dogged by successive mechanical faults.

Before the eventual evacuation of the vehicle to the Innoson Abuja office, the bus had been lying idle in the agency’s premises for several months due to mechanical faults.

The Agency’s Head of the Technical Department, Aaron Miller, said the vehicle since delivery had been permanently grounded due to a faulty gearbox.

He said several appeals made to the Innoson Abuja office to evacuate the vehicle for repairs were ignored.

”We made several representations to them to repair this faulty gearbox all to no avail.

”On the three occasions their technicians showed up to ostensibly repair the vehicle, the problems persisted, causing embarrassment to the agency, ” he said.

Frustrated by the vehicle company’s noncommittal response in evacuating the vehicle, the agency issued another seven-day ultimatum to the Innoson Abuja office in a letter dated Jan. 6.

This was to be followed by a final notice in a Jan. 16 letter and the eventual towing of the faulty vehicle to the Abuja premises of Innoson on Tuesday after the company reneged on its pledge to evacuate the vehicle.

When a NAN correspondent contacted Ojukwu on phone, he said the bus would be repaired.