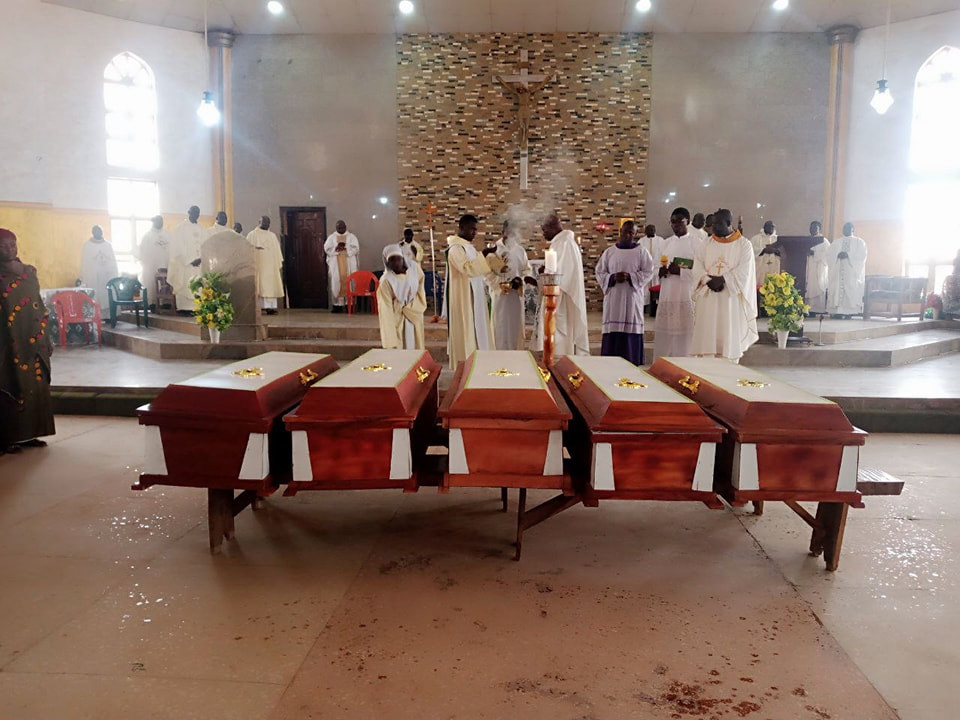 Five of the six persons killed by bandits in Zonkwa, headquarters of Zangon Kataf Local Government Area of Kaduna State, have been laid to rest.

It was gathered that the victims were killed as they attempted to foil the kidnap of two persons in the community.

The suspected bandits, who attacked the community on January 18, 2023, invaded the residence of one Mr. Calistus Eze and abducted him with another person called Mrs. Amos.

The kidnappers shot sporadically when locals attempted to foil the kidnap and in the process, killed Mr. Eze, five other locals and went away with Mrs. Amos.

Yabo Ephraim, media aide to the council chairman, Francis Sani, had confirmed the incident in a statement on Thursday.

“On January 18, 2023, at 8 p.m., kidnappers numbering about four made their way to the residence of Mr. Calistus Eze and took him alongside one Mrs Amos, shooting sporadically as they made their way out of his residence, and escaping through an adjoining village, Swanzwam,” he said.

He said the kidnappers met fierce resistance until they gunned down Mr Calistu Eze to ease their escape, killing five other locals and injuring many more in the process, before taking away Mrs Amos.

The injured victims are currently receiving treatment at some separate medical facilities.

“The chairman expressed deep shock and sadness over the unfortunate incident, describing it as inhuman and barbaric. He extended his heartfelt sympathy to the families of the victims and prayed for the eternal repose of their souls, while also praying for speedy recovery of those injured.”